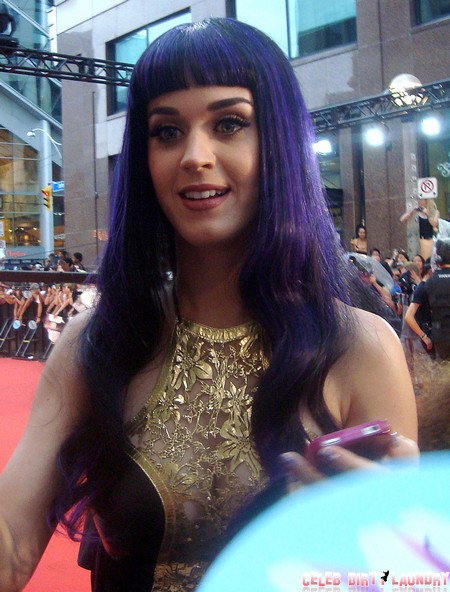 Katy Perry is starting her own record label. The singer is trying to follow in the footsteps of Madonna, Prince and Frank Sinatra. Why would she do this? Well, fat royalties have never hurt anyone and we guess that rush of discovering the next Justin Bieber might be a strong hook.

The 27-year old Part of Me (which is a terrible song) singer recently revealed to The Hollywood Reporter, “And when this record label does come to fruition, I’m going to try and avoid the things that take away any fighting chance for an artist to have financial success. As people are coming to me with opportunities, I’m thinking, ‘How would I want to be treated?” So, in other words, Katy is trying to become the Mother Theresa of the music industry. A valiant effort, we say, but in the end, the music industry revolves around money. Good artists secure good advances on the predicted popularity of the single and/or album. What if Katy finds a dud? Oh no!

A Katy Perry’s own record label will most probably have her creation live under EMI’s umbrella, as they have said that Katy is “one of our crown jewels”.  Katy also revealed how she took charge of her career through funding her own 3D concert film (out July 5th) by using $2 million of her own money. Her financial manager wet his pants slightly, but Katy assured him that it was “part of her vision”.

Katy Perry might be the Cindi Lauper of our generation and her catchy music has been heard by millions of people. Never less than controversial, Katy exploded onto the music scene with her debut single, I Kissed a Girl. Millions of conservatives shot the single, in the face, and cried in puddles of milk. Exorcisms were done by Bubba’s Sacred Cross Church on teenage girls wanting to kiss a girl, and liking it. Frivolous female homoeroticism became the buzz word for a generation of liberal (and bohemian) Rent fans.

We like Katy and we like the idea of her starting a record label. She might just be the (insert saint’s name here) of the music industry. Good on ya Kat!