Keeping Up With The Kardashians Season 7 Finale Spoilers! 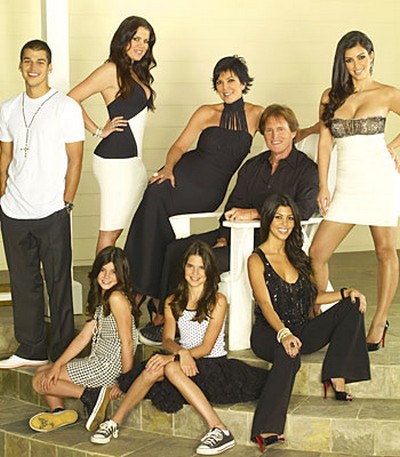 The end has come. And I don’t say that because it’s the end of another staged season of Keeping Up With The Kardashians. I say that because, on the season finale, we will watch Kim Kardashian and momager Kris Jenner take drastic measures to ensure that Kim has a baby. A sneak peak shows Kris injecting a shot into Kim’s hip, which is an at-home step to freezing your eggs. In typical Kardashian fail style, Kris accidentally stabs Kim’s finger instead (hopefully rendering the shot ineffective).

So, basically, I’m thrilled to announce that the Kardashian family is not on the verge of extinction, but is happily preparing to reproduce like rabbits—taking after Kourtney Kardashian (whose kids are Kardashian-Scott Disick hybrids, possibly a worse combination than even Kris could have managed).

Also on Sunday’s finale we will see Khloe explain her fertility results to husband Lamar Odom. Spoiler: Khloe isn’t ovulating. This week, she confirmed that she still isn’t ovulating and is not pregnant. Khloe tells Lamar, “I’ve been wasting two years of my time and now I have to be put on a medication to spark that chemical that makes my body release an egg.” Unfortunately, the family fails to grasp the Darwinian principle: survival of the fittest. If the Kardashians are infertile, it is because their extinction is best for humanity and, in fact, best for the entire world.

We will also see Kourtney Kardashian birth her second baby, Penelope. After Kourt witnessed an at home water birth and completely freaked out, despite the ease of the birth, I’m looking forward to watching her scream for an epidural. Another piece of evidence that she shouldn’t have four more kids.

Tune in Sunday night for the finale, and make sure to check back for live coverage of the show.