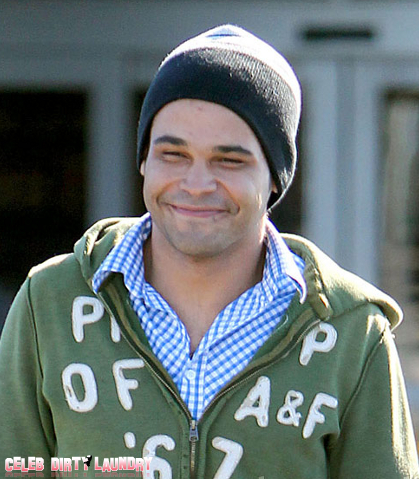 A fan jokingly asked him who pissed in his cornflakes, but Delp was in no mood for humor. “Does this seem like a fucking joke you dumb ass,” he replied.

Where is he now? If you think New Jersey, think again. The 22-year-old reality star has moved back to North Carolina and is currently living with Jenelle’s former boss, James Duffy. He and Jenelle are still broken up, however, and do not appear to have seen each other since their break-up four weeks ago.

That does not stop the two from occasionally exchanging a few bitter words on Twitter, though. A couple weeks ago, Jenelle told Kieffer she wished he’d died in the recent car accident he was in, and Kieffer tweeted some nasty things about Jenelle’s body.

That being said, according to James Duffy’s tweets, Kieffer was “hooking up with some girl” a couple nights ago, so it looks as though the troubled drifter is attempting to move on.

He also has a job! Yes, you read right, Kieffer got a JOB! He earns his income by carving wood pipes, which he then sells to fans.