Kelly Bensimon is “Concerned” Over Bethenny Frankel Wishing Her Well 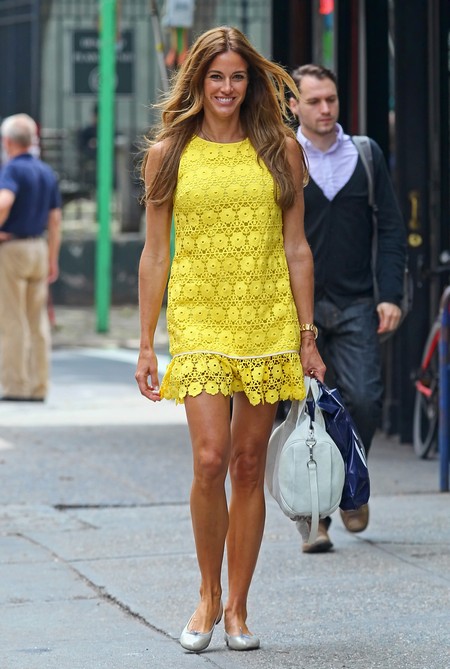 Those of us familiar with former Real Housewives of New York star Kelly Bensimon know that she can be a little, well, unpredictable, and some even say nutty, and her recent reaction to former castmate’s Bethenny Frankel‘s seemingly harmless well-wishes have left some people a little worried. It all started when Bethenny spoke of her former cast mates on her talk show. “I wish Jill [Zarin] the best. I wish Kelly the best. Honestly, it was an experience that I’ll never forget and the year with the first five of us is definitely very nostalgic.”

Seems like a pretty standard, non-newsworthy statement, right? Not in Kelly’s eyes! “She didn’t have to do that. That was really nice of her. And I think that for the Real Housewives brand, that’s amazing,” Kelly said in an interview with GossipDavid. “I had a great time filming with her. We had sick ratings. I never had animosity toward her. You shouldn’t have animosity with people you work with. That’s not cool. You should have animosity toward an ex-boyfriend, not people you work with.”

Wait, what? Is Kelly honestly claiming she never had animosity towards Bethany? This is the same girl she called a ho-bag, insisted was “a cook, not a chef” and accused of releasing negative information about her to the press? On the third season of the Real Housewives of New York, Kelly expressed that she blamed Bethany for her firing from The New York Post. Oh, and let’s not forget Scary Island, where Kelly later claimed she was a victim of “systematic bullying” at the hands of Bethenny and co-stars Ramona Singer, Alex McCord and Sonja Morgan while on a trip to St. John at the end of the third season, where it was rumored that Kelly had a mental breakdown. In fact, fellow cast members on the trip claim that Kelly’s behavior became so erratic, that she had to be escorted home early by producers, which may explain why she left the trip earlier than the other cast members.

“I think it’s really, really nice to acknowledge that to her new fan base, and I appreciate it for whatever it is. It’s very sweet of her,” continues Kelly. “But at the same time, I find it very concerning, because it’s a show for entertainment so for people to make a big deal out of an altercation for television, in all honesty, it’s incredibly concerning for me….that people actually think that something for television is real. That’s been my biggest thing.”

So after making a YouTube video in the style of a public service announcement, claiming to be a victim of “systematic bullying” by Bethany and the other three women on the trip in St. John, Kelly is now claiming it was not real.

I asked her this, and she tells me exclusively, “I met her once before we filmed. It was not real.”

What do you think, readers? Do you believe Kelly?