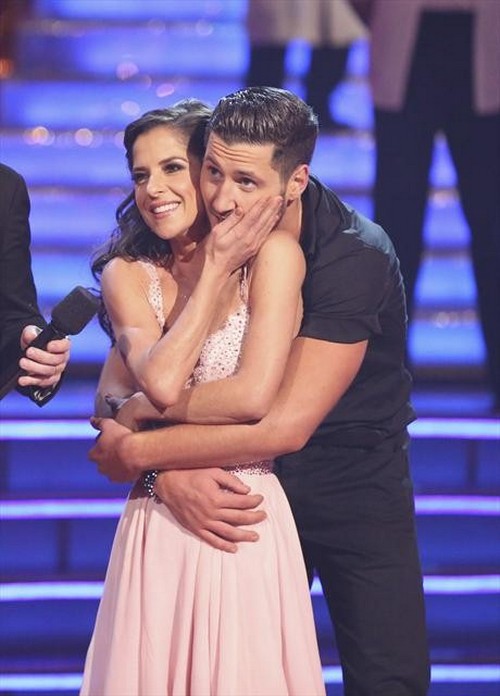 Kelly Monaco and Valentin Chmerkovskiy won third place on the third season of Dancing with the Stars All-Stars.

On last night’s show Kelly Monaco and Valentin Chmerkovskiy danced the Paso Doble & the Freestyle – These underdogs received excellent comments from the judges, and hot final scores. During their first dance, the Paso Doble, Len said, “Well done,” Bruno called Kelly “a thing of beauty,” and Carrie Ann noticed “a little slip-up,” but nonetheless remarked that it was their “best dance.” Len and Bruno awarded the couple 10 points, while Carrie Ann awarded them a very close-to-perfect 9.5 points. Their total score for the first dance was 29.5 – 2.9 points above their 26.6 average score of the season.

During the Freestyle, Bruno “loved the blend of cirque de soleil and dancing.” Len thought the dance was “truly wonderful,” and Carrie Ann said, “The truth is we have been all watching you as a couple grow and it has played into your dancing and you told us a happy ending into a beautiful love story.” Kelly and Val received a perfect ten from Carrie Ann and Bruno, while Len awarded them a near-perfect 9.5.

What do you think, did they deserve to get third place? Would you have liked to see them win? Let us know in the comments below.