Kelly Osbourne Drunk: She Cracks Up Over Grief 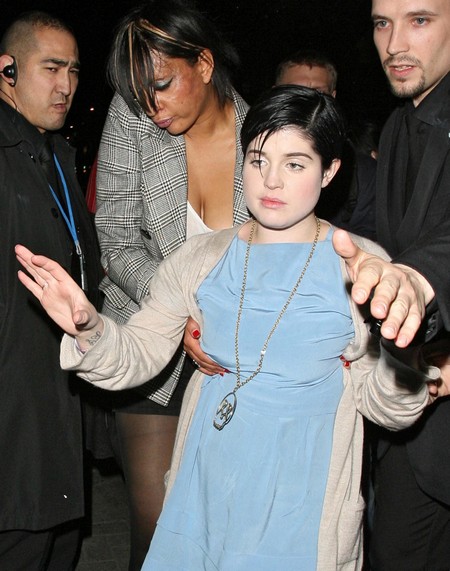 Kelly Osbourne is cracking under the pressure of her brother’s recent MS (Multiple Sclerosis) diagnosis and broke down on a 19th of June LAX flight. According to Star magazine, on June 19th Kelly boarded a flight from Atlanta to LAX and this is where the trouble started. “She was gorgeous when she got on the flight,” an eyewitness tells Star. “Her makeup was impeccable, her hair was up in a smart-looking bun and she was wearing cool shades.”  But things took a serious turn for the worse…

The high stress levels of the past couple of weeks sent Kelly Osbourne into overdrive. The source adds, “I saw a flight attendant bring alcoholic beverages over to Kelly’s section in First Class at least four or five times and when we landed just after midnight, her assistant, who flew with her, had to help her off the plane. They were the last to leave. There was already a burly security guard waiting for them at the arrivals lounge.”

The time she arrived at the airport, Kelly was “mumbling” and her make-up appeared to be a “mess”. The former rehab patient Tweeted less than 24 hours later and said, “Had a nerves (sic) breakdown yesterday that was cool! Not!”

Kelly’s drunken breakdown comes only a little while after Sharon Osbourne’s very public emotional breakdown on The Talk, where she discussed Jack Osbourne’s MS diagnosis.

A friend of the starlet told the magazine, “[Kelly is] tough as nails, and she always lands on her feet. She’s had so much to deal with at a young age, and she’s tried to handle it the best she can. I wouldn’t be surprised at all if the sudden sad news about Jack helped push her into a dark place again. But she’ll come through it OK.”

We truly hope so too, Kelly Osbourne’s friend! We know we’re a bit harsh on the celebs every now and then, but all our thoughts and prayers go out to them during this difficult time. Celeb Dirty Laundry wishes Jack love throughout this difficult journey.

Let us know in the comments below how you feel about Kelly’s drunken breakdown.