Kelly Ripa’s Husband Will Never Be Her Regis Philbin 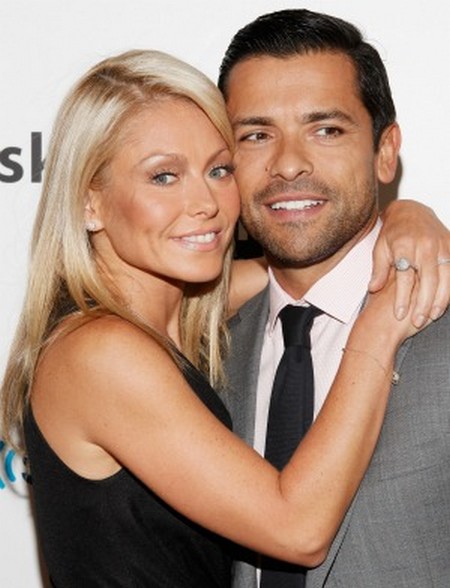 Kelly Ripa has had a revolving door of co-hosts since Regis Philbin left her side in November 2011. Many have speculated that the perfect sidekick for the Live! With Kelly star would be her husband, Mark Consuelos.  He has taken the seat beside his wife, as a temporary co-host on numerous occasions and the chemistry, as one would expect, is unparalleled.

In a new interview with Vanity Fair  Ripa says, “No one would make me happier than Mark, but he values our marriage and he says that he doesn’t see how we could stay married and both do that show.” As for it taking so long to find a permanent co-host she has this to say, “I’ve been through it from the other side, I sort of understand how it works, and what it is they’re looking for, and how this process can’t be rushed.”

Rumors have swirled in the past that the duo’s marriage was on the verge of collapse because Consuelos wanted the star power that his wife has.  This has supposedly led to fights over living arrangements and his working in other cities.  Seems whatever issues may have once existed have now been put to rest.

If Consuelos really wanted the career his wife has, he would be clamoring to permanently take that seat beside her each morning. Who do you think has the best chemistry with Kelly?  Who should be her next Live! co-host?  Hit the comments below and tell us!