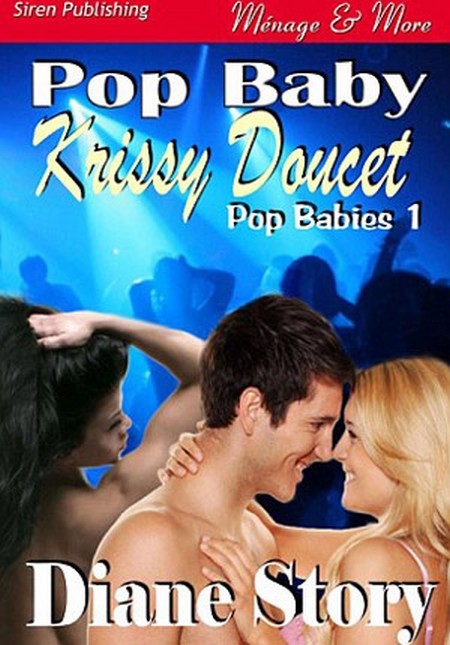 Apparently, someone was inspired by Britney Spears and Kevin Federline’s ill-fated two year marriage – Shocking, I know!  Diane Story, who is Federline’s aunt, is said to have based Pop Baby Krissy Ducet on the couple’s short lived relationship and real-life experiences.  The book is about a romance between Keenan Fazio and Krissy Ducet.  The teaser for the book sounds more than a little familiar:

“The moment Krissy set her sights on Keenan, she knew he was amazing. Choosing him at the club was one of the best decisions of her life. Yet how can she compete with the beautiful Tara Butler? A woman from Keenan’s past who understands his sexual desires. Would sharing Keenan in Tara’s bed be their only option for love?”

Britney and Kevin originally began dating in 2004 and were married in September of that year.  When they announced their engagement Kevin’s ex-girlfriend Shar Jackson was pregnant with their second child.  Obviously Britney simply stole Kevin from Shar without regard for anything but her own wanton desires.  And look how well that worked out for her…

Their short union resulted in two sons, Sean Preston, six and Jayden James, five.  The couple ultimately split in November 2006 and were finally divorced in July of 2007.  Of course Britney was crazy in those days – before her institutionalization and subsequent heavy medication and conservatorship.  Now she is rather like a stunned mullet – a performing animal kept out of trouble and docilely making money for her owners.

Both Spears and Federline have had an enormous amount of drama in their personal lives. Psych wards, rumored drug use, weight gain- the list is eternal!   Do you think these two have fared better apart?  Could they do any worse?  Were they ever a good match in the first place?  Let us know what you think in the comments below.