Khloe Kardashian Is To Blame For Lamar Odom Seeking Divorce 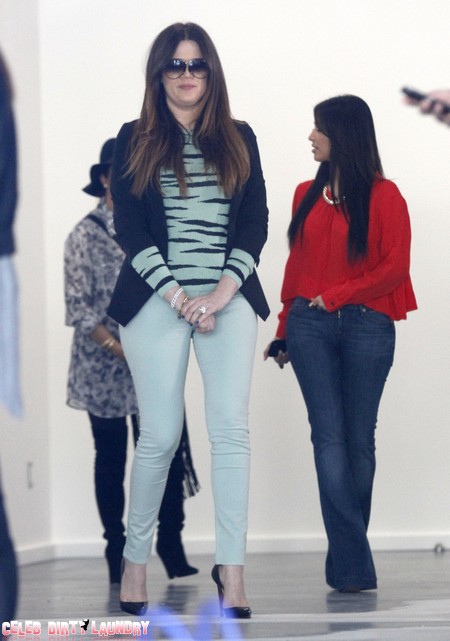 Khloe Kardashian and Lamar Odom are in bad shape and their relationship appears to be sinking fast – and most of the blame falls on Khloe.  Holy drama!!  Can I go one week without me getting a story to write about the Kardashians?  Take a vacation for Pete’s sake and let us write about someone else.

Khloe and Lamar Odom drama.  I already reported on this earlier this month.  These two are having a serious problem.  First off they are in a different state now, Texas, where they don’t know anyone…  Khloe and Lamar are forced to keep company with each other, (naturally not knowing anyone there).  Now that can be annoying – you wanna be with your husband 24/7 – not I.  And what is this spin with Kris Jenner telling them to leak a divorce story in order to boost ratings for their show.  I’m sorry but that show is taking a serious tank and I’m sorry but that will not help that show.

Then Khloe K. wants to take to Twitter to rebuff these entire rumors and what do you think she would say.  I expected nothing else but the sea of denial.  I also have another thing to say.  Why are you so pressed to have a baby for Lamar? (And hold the phone did she not come out and say she was pregnant so what’s up with that, see more Kardashian drama).  He has other children, why don’t you try to be a good stepmother and then maybe it will happen for you.   But then that means not being so self-absorbed, get it?

Yo’ girlfriend if my man’s game was suffering from a reality show that was stressing him out besides the fact that his father was sick, I would quite it.  No lie.  Just a tip!