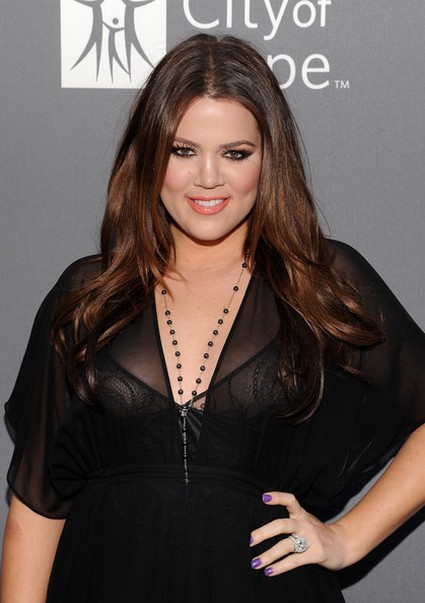 Khloe Kardashian, 27, who is married to the Dallas Mavericks’ Lamar Odom is rumored to be hankering to be a real actress.  Khloe and her sisters Kourtney and Kim have become household names with their reality shows – but Khloe wants to be more than a reality star.  Khloe wants to be taken serious and get a part on a sitcom or drama television series.

A source reports: “She would love to work on a scripted TV show, like a sitcom, or even a drama.  Her goal is to be taken seriously as an actress.  She has let her team know that she wants to act and they’re putting out feeders to get her some top auditions.  She’s eager to book something soon.”

The first question that comes to mind is – what are her acting credentials?  Then I realize the Kardashian reality shows are all fake, they are acting so maybe she won’t be such a bad actress.  The next thing that amazes me is a Kardashian wants to be taken seriously, my answer is FAT chance!  Sorry Khloe the part of King Kong is taken…. next.  What do you think, does Khloe stand a chance to be taken seriously?