Kim Kardashian And Kanye West BOTH Selling Homes — Moving In Together? 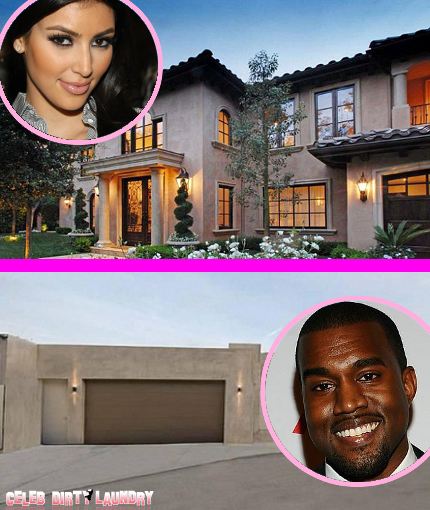 The rumors are swirling around our favorites Kim Kardashian and Kanye West, again. Sigh. Kim has apparently listed her Beverly Hills home for approximately $5 million dollars.  Hmm . . . Why would she do that when she just bought that house recently?  Also, chicas, does anyone find it strange that Kanye West, according to rumors, has his house up for sale also?  The plot thickens. Moving in together? That’s definitely the question on my mind.

I don’t know how far a person would go for publicity, but if this is all a ploy for that, I think that’s just pitiful.  Now, if it’s not all a publicity stunt, well, we’ll just have to accept that here goes Kim again — and the reason I say this is because she reminds me of that girlfriend everyone has that cannot be without a man.

I mean, excuse me if I’m wrong but you’re not quite divorced yet and still you’re putting the pedal to the metal for someone you’ve only been dating for a while.  I’m just saying, chica . . . house up for sale? Man, talk about rushing into things.

I’d be happy if this was just a another rumor; but, as we well know, most of the rumors that surround the Kardashian girls end up being true. I’d hate to see another Kardashian wedding and then another divorce simply because “she rushed into it.” Wasn’t that her excuse with Kris Humphries?  Slow down, chica, take your time. No one is rushing you but you.