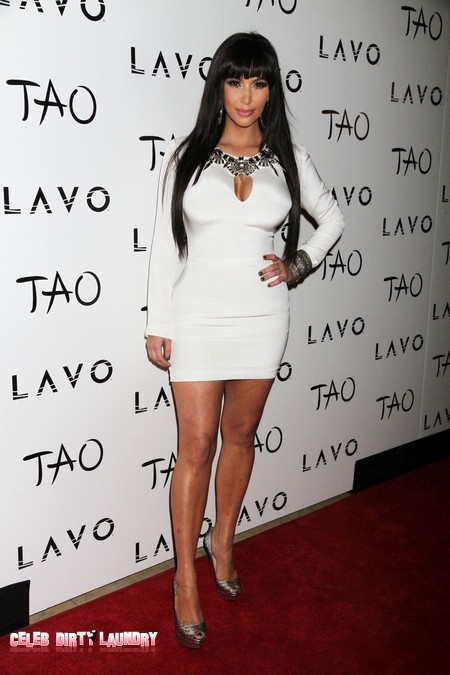 Kayne West’s ex-girlfriend, Amber Rose, says that Kim Kardashian is a cheating slut who destroyed her relationship with the rapper. Although Kim has always insisted that she and Kanye were just friends, it appears that they were friends with benefits! Kim has demonstrated to everyone – from Kris Humphries who she blindsided with her sneaky divorce filing, to the once adoring public she screwed over with her fake wedding – that she is a lying and conniving snake.

According to Amber’s interview with Star mag, the reason she and the Kayne split was because of Kim’s devious cheating ways.  “Kim is one of the main reasons why me and Kanye are not together,” Amber said, adding: “She’s a homewrecker!”

It seems Kim used sexting techniques to lure Kayne away from Amber by calling, texting and sending racy photos of herself to him.  “She was sending pictures, and I was like, ‘Kim, just stop. Don’t be that person,'” but Kim just kept right on until she got Kayne.

“I thought at least she’d be woman enough to respond to me. She never responded.”

Amber expressed disgust for Kim: “It’s very important that us women stick together and we don’t f**k each other over like that.”

Do you think Amber is relating the story of what happened accurately? Do you think Kim is capable of such low behavior? Sound off in the comments.