Kim Kardashian Claims The Internet Made Her Famous, Not Her Sex Tape 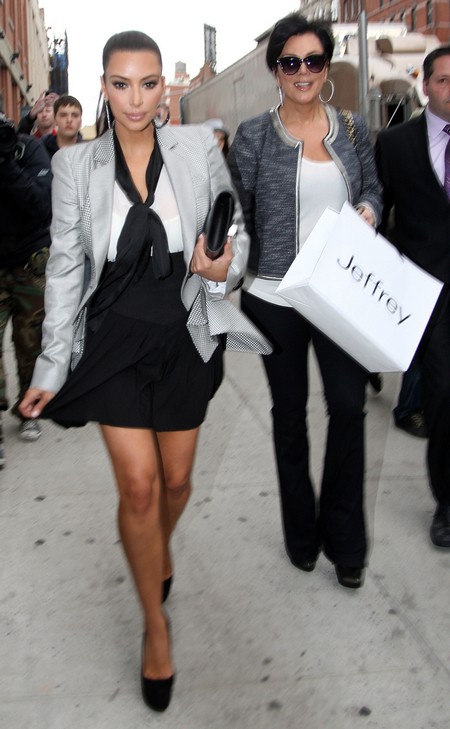 Kim Kardashian is either totally losing it or totally delusional – you choose!  Miss Kim has gotten it in her head that the reason she is one of the world’s most recognizable women in the world is because of the internet.  That may be one of the reasons – but Kimmie’s main reason for being famous is her sex tape, her failed marriage to Kris Humphries after her media circus wedding and her reality show.

Kim chooses to forget those facts and claims it is down to social networking sites such as twitter and Facebook because it means she can directly interact with her fans.  Kim said: “I think a lot of our fan base and a lot of our connection with people is internet based. I think that the internet has brought on a different kind of celebrity. We are very well aware of who we are and what our place is. We are so active on twitter, on our Facebook pages, we are writing back, we are connecting. We enjoy it.”

While she likes to interact with her fans, Kim also revealed how she enjoys hitting back at the people who give her abuse on twitter.  Kim whose marriage to estranged husband Kris Humphries lasted just 72 days – told Papermag.com: “I love writing them back. People will write me, ‘My phone battery lasts longer than Kim Kardashian’s marriage,’ and I’ll write back, ‘Oh, which phone is that?’

“When people are so stupid, you just have to have fun with it. Someone [without a profile photo] will say I’m fat, or a hairy Armenian, and I’ll write back, ‘Oh, that egg picture of yours is so gorgeous.’ “

What do you think is Kim famous because of the internet, or is it because of her sex tape, her media circus wedding and taking her clothes off every change she gets to post nude or half nude?  Hit the comments and let us know what you think!