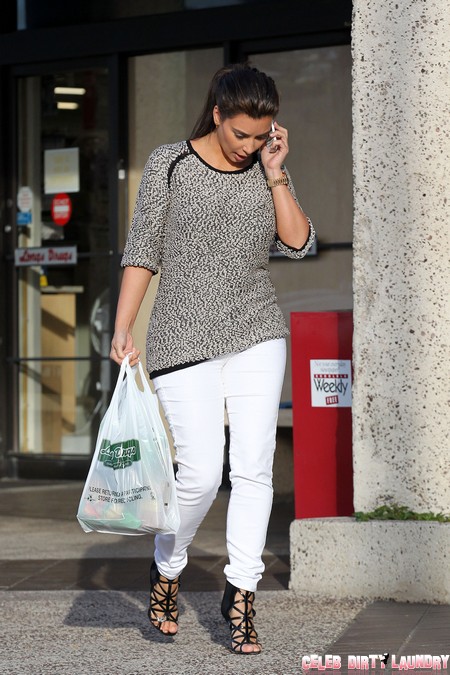 It probably won’t surprise you that other celebs don’t consider Kim Kardashian a “real” actress—unless you count her 72-day marriage to Kris Humphries an act! Although she has starred on E! for almost a decade, produced her own sex tape with the help of her mom, Kris Jenner, launched a clothing line and fragrance, and is dating Kanye West, she hasn’t reached the bar set by the Hollywood Chamber of Commerce to earn a star on Hollywood Boulevard.

A rep for the city told Hollywood Reporter that, “part of criteria in being honored is receiving awards such as Emmys, SAG Awards, Oscars, etc. in the category of television, live-stage performance or motion pictures. They have to have a career in the business of acting for five years or more.”

Except for a few TV roles and a dozen cameos, Kim hasn’t established herself as a serious actress. Her energies are focused on her business more than sharing her acting prowess with the world. And I for one am not too sad about that. Can you imagine Kim as the next James Bond girl (possible—“is that a pistol in your pocket, Mr. Bond? Or are you just happy to see me?”), or as Eliza Doolittle on Broadway (impossible)? Me neither.

The rep also said that it is “Not on [their] radar right now” to begin welcoming reality stars into the elite class of sidewalk-commemorated stars.

Sorry Kardashians! You may be the talent at all the hot club openings, but until you sit down and memorize a script, you won’t be seeing your name anywhere near Grauman’s Chinese Theatre! I’m sure Momager Kris Jenner will think of a new scheme to establish her kids as “real” celebrities—but I won’t hold my breath to see any of them nominated for an Oscar!

What do you think? Are reality stars of the same caliber as Emmy and Oscar nominees? Do the Kardashians deserve a star?