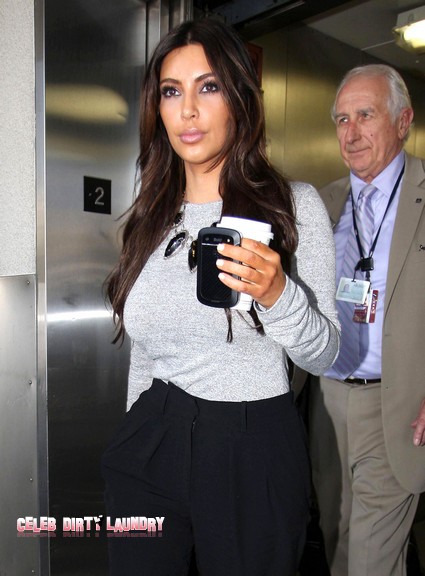 Kim Kardashian wants desperately to keep her ugly divorce proceedings off camera and out if court if at all possible. Yesterday we reported that Kris Humphries lawyer will petition the court to have the proceedings televised as he believes this will help the public see how Kim screwed him over and never intended to stay married to him. Kris claims that Kim married him – and filed for divorce – to boost the ratings of her show. But Kim is saying ‘no way’ and has asked her divorce lawyer, the dreaded Laura Wasser, to formally petition the court her divorce be heard by a private mediator and not in the public eye.

Kim filed for divorce on Halloween last year, after only 72 days of marriage, sparking cries of fraud by Kris and incredulity and disgust from the rest of us. Kris needs a judge to grant his request for annulment of the marriage which will cancel the pre-nup the couple signed – this will free him from the confidentiality clause so he can say what he likes and tell people the truth about Kim, the corrupt Kardashian/Jenner family, and their deceitful ways.

RadarOnline’s exclusive source says:  “A public trial is the last thing that Kim wants, and she has instructed her lawyer to formally petition the court so that the divorce can be heard by a mediator, which is routinely done in California, since it’s a no-fault state.”

“Kim doesn’t want a long drawn out trial. She wants the mediation to be private, confidential, and legally binding. She and Kris have no assets together and kept separate bank accounts, so this is a fairly routine divorce proceeding. Kim just wants this over and done with.”

Kim wants a quiet and private divorce – Kris wants a public battle and an annulment. Who will win?