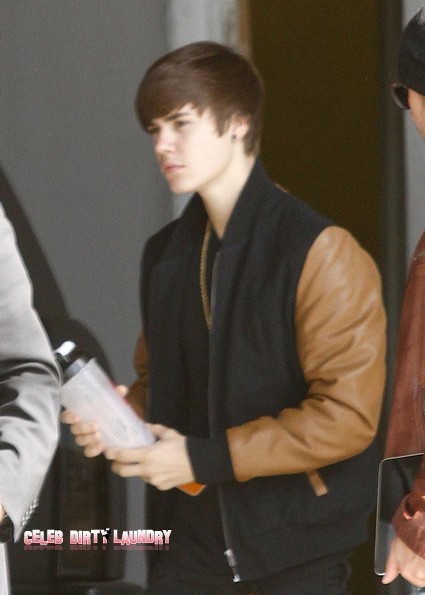 It appears that the fix was in at Justin Bieber’s birthday party as his pals, including Kim Kardashian, allowed him to win a dance-off competition.  It seems Justin was all over Selena Gomez at the bash and friends remarked on how in love the new ‘adult’ is with his girlfriend.  Good to see that Justin is a passionate young man.

According to a source for the New York Daily News Jaden Smith was in the competition as well and would have won it were it not rigged to make Justin happy at his party.  Sounds pretty silly to me.  Did Justin turn 8 or 18?  Do his friends always let him win? I hope Justin is not surrounding himself with panderers and sycophants like so many celebs do.

BANG reports:  Justin Bieber’s celebrity friends let him win a dance-off at his birthday party on Friday (02.03.12). The ‘Baby’ hit maker celebrated turning 18 with a huge bash thrown by manager Scooter Braun and mother Patti Marlette at the Beverly Wilshire Hotel and pals including Jaden and Willow Smith, Cody Simpson and Ashley Tisdale ensured he enjoyed the festivities by making sure he won the friendly competition.

A source told the New York Daily News: “[Justin’s friends] let him win because it was his birthday. Jaden is a bomb-ass dancer [and probably would have won] but everyone was having a blast.”

Guests were entertained by Carly Rae Jepson, the first act to sign to Justin’s label, and Tao Cruz, who gave an impromptu performance.  The source added: “He literally grabbed the microphone when the DJ played his song and sang to the track.”

Many of Justin’s childhood friends flew in from Canada for the occasion, as did his grandparents and his girlfriend Selena Gomez also jetted in especially from Florida where she had been filming ‘Spring Breakers’.

A partygoer said: “He was all over Selena the whole time, walking her around by the hand. He kept kissing her. It’s clear she was the best part of the night for him. He is so in love with her.  Other guests who attended the bash include Kim Kardashian, Kendall and Kylie Jenner and Mike Tyson.

What are Mike Tyson and Kim Kardashian doing at Justin’s birthday party?  Are these people his friends.  God, I certainly hope not.