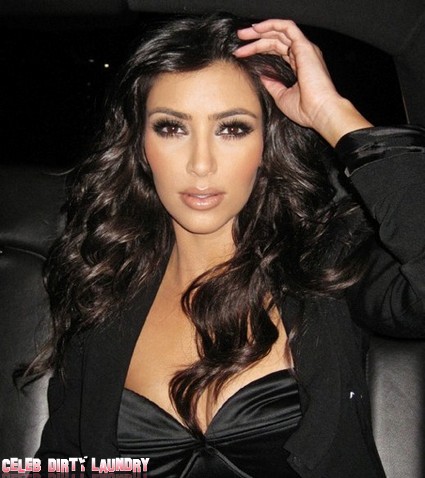 Kim Kardashian needs a new Krib. The reality TV star has been well and truly spooked by a close encounter with a crazed fan so she wants to leave her Beverly Hills pad as soon as possible.

According to TMZ… Miss K was extremely rattled by an intruder on her property last weekend. She now wants a home with round the clock gated security. And she’s willing to fork out the big bucks for some piece of mind. The ultra exclusive – and gated – Bel Air and Mulholland Estates are on her shopping list. That’s where a lot of the A listers live. Hope she doesn’t bring down the tone of the neighborhood too much!

As we reported on Celeb Dirty Laundry last week a guy rocked up at her house with a suitcase on Saturday night and insisted he’d been invited to stay. Funny thing was – Kim had never heard of him! The Cops were called and he left without incident. But Kim doesn’t want to feel like a prisoner in her own home again. Especially if the cameras aren’t there.

If the move is going to stretch Kim’s kash situation she could get a room mate. The oh so reliable and model citizen Lindsay Lohan is looking for a place. She bailed on her Venice Beach home after a stranger slipped through security and rang the doorbell last month. She’s currently crashing at the Chateau Marmont while she works out how she’s going to get an acting job that pays enough to move into her own place.