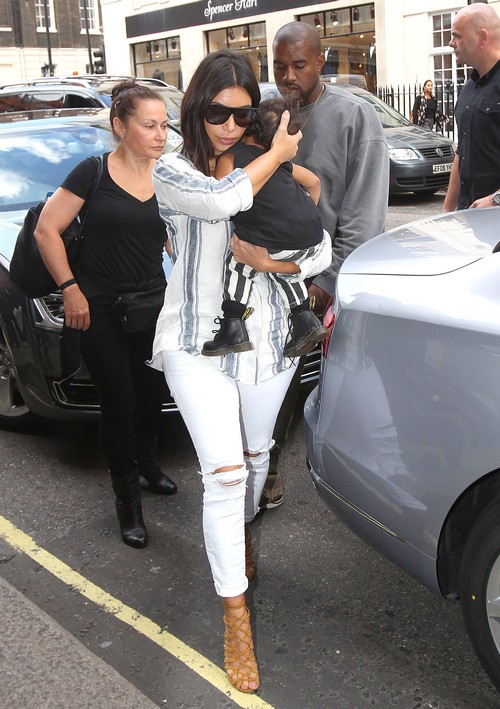 Kim Kardashian has taken up rock climbing, and when we say that we simply mean she’s put on a nude bikini and decided to jump over a few craggly beach rocks while getting her photo taken. Kim’s looking pretty good in her nude-colored bikini as she flaunts those signature Kardashian eyes. But is she looking a little too good? We hate to bring it up, but have the pictures been photoshopped, retouched ever so slightly?

Kim posed for these photos and, soon after, did the world a favor by posting a few of her favorites on her Instagram. As a caption for one of the photos she writes, “Rock climbing lol.” It’s a good thing Kimmy didn’t stub her toe on one of those gargantuan cliffs she was conquering. I don’t think she would’ve been LOLing then. Luckily, she made it out of the treacherous climb better than ever.

What do you think of Kim Kardashian in her one piece bathing suit? Do you think the photos have been photoshopped or retouched at all — even just a little bit? While yesterday marked the one-year anniversary between her and Kris Humphries, who we all know is old news in the Kardashian book, Kim Kardashian’s boyfriend, Kanye West, must be really liking his new girlfriend right now. We wonder why he didn’t want to go rock climbing with her?

How rude of him not wanting to scale mountains with his girlfriend. Perhaps that could be a new docuseries on the E! channel: The Kardashians: On the Rocks. Multipurpose title because A) they’d be climbing actual rocks and B) their personal lives always seem to be “on the rocks” so . . . *erm* okay, we’re done, how about you just examine the photos now and tell us what you think.