Kim Kardashian To Star With Tim Allen In TV Sitcom 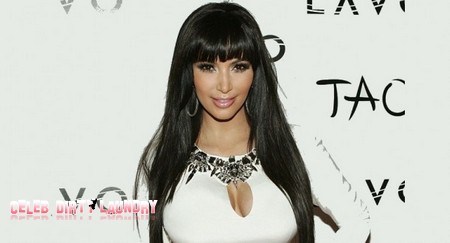 No, Kim Kardashian has not suddenly become a real actress. But the Kimster will grace us with an appearance on TV playing herself on the ABC series ‘Last Man Standing.’

The 31-year-old celeb will make a cameo appearance on the show starring Tim Allen, according to GossipCop.  In the episode, Tim’s character Mike Baxter’s daughter Mandy (Molly Ephraim) is obsessed with reality TV shows and will unexpectedly run into Kim.

The ‘Keeping Up With the Kardashians’ star’s appearance is expected to hit TV screens in February, but no official air date has been announced.

As well as her numerous reality TV projects, Kim has previously appeared in several dramas as herself, including ‘How I Met Your Mother’ and ‘90210.’

Kim has also attempted to act in roles in ‘CSI: NY’, ‘Beyond the Break’ and ‘The Marriage Counselor,’ but with no great success.

Everyone wants to be a movie star but Kim may just have to settle for being a famewhore – oh yes, we must not forget that Kim also has real acting experience in the adult entertainment sphere her 2007 sex tape with Ray J. Such a well-rounded woman.