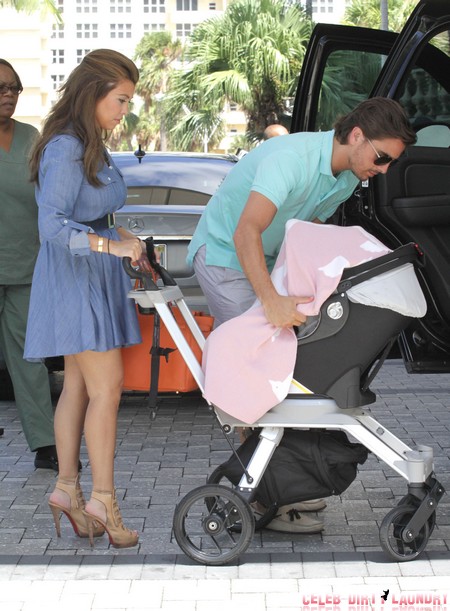 The Kourtney Kardashian we once despised is no more. According to latest reports, Kourtney and part-time baby daddy Scott Disick might get married soon. She has never been one to contractually sign her life away to someone, but it seems that all of this has changed. Allegedly, Kourtney and Scott took a secret trip to famous wedding planner Sharon Sacks about a month ago. What happened?

A family source revealed, “About a month ago they visited celebrity wedding planner Sharon Sacks together just to discuss some ideas. Nothing was set in stone, but Kourtney is definitely exploring the idea, which is a huge step for her. Kourtney will likely be very low key when it comes to her wedding, so don’t be surprised if it’s not even on TV. That’s Kim’s style, not hers.”

It hasn’t been a chapel of love the past few years for Kourtney and Scott, as they have battled numerous obstacles to be where they are today, but ever since Mason and Penelope popped out of Kourtney at the local 7/11, she has had a bit of a change of heart. The source also revealed that the two are much closer in real life than on their famous television show “Keeping Up with the Kardashians”. The source admits that “they are very in love and know they’re going to be together for a very long time. They consider themselves family, and now Kris loves Scott like he is a son.” Hey, to those complaining about their relationships, it could have been much worse – you could have spent a lifetime with a Kardashian. OMG! Alert the Martians!

When is the couple getting married? No-one knows. No, really, no-one knows. Not even Barbara Walters knows. We’re hoping for a 2013 wedding to cover, because we’ve already eaten our hands over Kim Kardashian and Kanye West’s alleged soon-to-be-married relationship. That’s as old as Christmas. What do you think? Will Kourtney and Scott tie the knot soon? Let us know in the comments below.