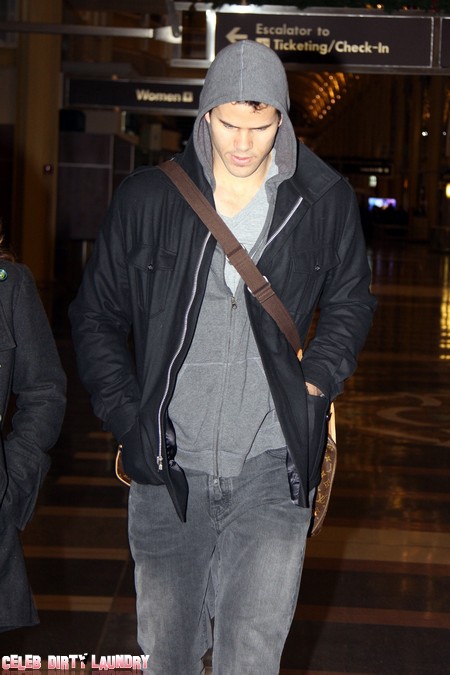 Kris Humphries doesn’t care if his estranged wife Kim Kardashian IS sleeping with Kanye West.  Kris knows his soon to be ex-wife is a famewhore and now he has proof that she is also a whore of the regular type.   We always knew this but apparently he didn’t.  Sources close to Kris have told TMZ that he is so glad to be past Kim that all he wants is to finalize their divorce and move on.

Kris probably realizes that Kim was unfaithful to him before they were married and while they were engaged and possibly even while they were still married and ‘together.’  Kim has no shame and sleeping at Kanye’s earlier this week just makes it clear that she is a brazen slut.  Kanye is too.  The two certainly deserve each other.

TMZ has an exclusive:  Kris Humphries is so over his soon-to-be ex-wife Kim Kardashian … that he is completely indifferent to the news she is dating Kanye West, sources close to Kris tell TMZ.

According to our sources, Kris is focused on the divorce being finalized, he isn’t bothered at all by Kim’s new relationship. We’re told that with each passing day, Kris is more sure than ever that Kim doesn’t represent the things he believes in … and he’s just ready to put this in the past.

As for Kanye’s assertion that he could have pal Jay-Z kick him off the Nets — forgetting that Jay doesn’t really even make personnel decisions … sources close to Kris say Jigga is one of his biggest fans and the two have always been cool with each other at games.  99 problems, but Kanye ain’t one.

Is Kim a shameless hussy or simply a modern woman getting what she wants?  Is Kanye any better?  What do you think?  Sound off in the comments below.