Kris Humphries Has a Booty Call NOT a Girlfriend 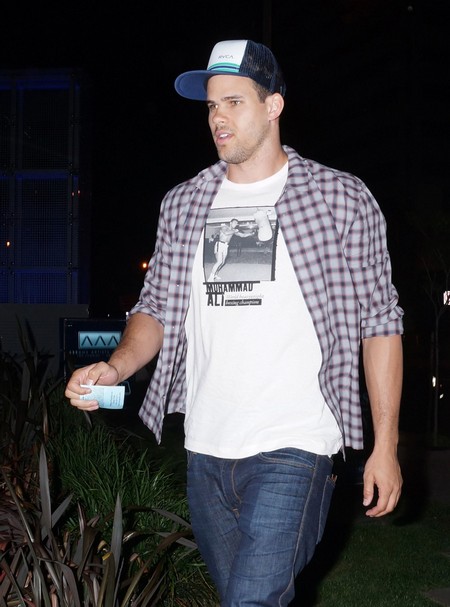 Kris Humphries is having no luck with women.  He has had his attorneys reach out to the woman claiming to be his new girlfriend.   Fatmire “Myla” Sinanaj has been seen with Humphries as recently as this week when they were spotted on the beach in Miami, but he insists the two are casual acquaintances and nothing more.  Myla must not have gotten the memo that she is simply a booty call because the Kim Kardashian look-a-like has been talking to the media all week long, claiming that the two are serious.

“Myla and Kris are absolutely not in a relationship,” says a source.  “Have they hooked up? Absolutely, and she was pressuring Kris for a commitment, but he has been very honest with her that there was no way that was going to happen… Kris is very much enjoying being single and any girl that claims she is dating him exclusively is lying.  Kris’ attorney called and left messages for Myla on Thursday afternoon.  Lee conveyed that he needs to speak to her immediately about the claims she is making regarding Kris’ relationship with her.

There are text messages between Kris and Myla which clearly prove that she is lying about being his girlfriend. Kris’ lawyer has also drafted a cease and desist letter that he will be sending to Myla which will also order her to stop making these claims. The timing of Myla making these claims is wreaking havoc on his upcoming divorce proceedings, because he will most certainly be asked about dating her during his upcoming deposition.”

Sources also say that Myla is not at all happy with the situation and she has been pressuring Humphries for a committed relationship for quite awhile.

“Myla is very upset with Kris for not wanting an exclusive relationship. However, Kris was honest with her from the beginning and it’s very likely that he won’t be seeing her anymore now.  There are always going to be girls that are looking for their 15 minutes of fame and say they are dating Kris. It just comes along with the territory.”

Do you think Humphries had his cards on the table with Myla from the beginning?  Do you think she is just another clinger looking for an opportunity to find a minute of fame?  Hit up the comments below and let us know what you think!