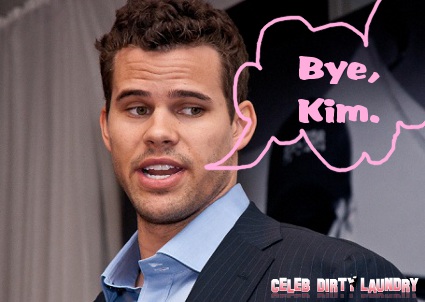 Kris Humphries is done with this whole Kardashian disaster! Sources close to the soon-to-be ex-husband of Kim Kardashian say that he’s ready to wave the white flag and proceed with the divorce. Finally! Sources say that he has finally come to the realization that they are never going to admit that the marriage was fake and made for TV.

Poor bobocito, but didn’t we all see this coming? It’s not like they’re actually going to admit it — they can’t for the welfare of their TV show. We all know that Keeping up with the Kardashians is supposed to be a reality show, but they will never admit that it might also be scripted and fake — oops!! Did I just say that?

What’s also keeping their mouths shut is that they signed a new contract for three more seasons somewhere in the vicinity of $40 million dollars. We all know those money-hungry publicity hounds are not going to jeopardize that. I guess Kris’s lawyers advised him that he was never going to get the truth or an admission of.

Kris, you can see Kim’s trying to move her big butt along to the next high roller, Kanye West, so just give yourself some piece of mind and let the Kardashians go their way and you go yours. Just get the divorce finalized.  Good Luck to you.