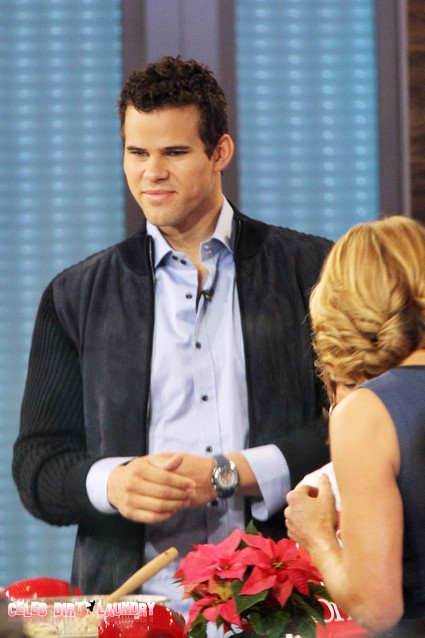 Looks like Kim Kardashian’s soon to be Ex-Husband Kris Humphries is breaking up with someone else in his life—his PR team! Humphries and Anderson Group Public Relations (AGPR) are going their separate ways after a 73-day partnership—for those of you taking notes, that only one day more than he spent in his marriage to Kim Kardashian.

According to TMZ, 26-year-old Humphries and AGPR had a “major disagreement over a long-term strategy for Kris’ off-the-court career.” Humphries hired them in the early days of his split with Kardashian to help manage his public image, but was reportedly unsatisfied in the direction they were taking him. For their part AGPR, who represent celebs like Eva Longoria and Michael Emerson, were rumored to be unsatisfied with Humphries performance on ABC’s Good Morning America in December when he repeatedly skirted questions about his marriage and split with Kardashian.

Humphries does appear to require a PR team as his career and public perception has been poorly affected by the scandal. Rival supporters regularly boo the New York Nets player and Fox News is reporting that that Humphries has surpassed LeBron James as the NBA player that fans most love to hate.

Humphries only has a one-year contract with the New York Nets, but the team has not been faring well, having only won four games this season. They lost to Oklahoma City Thunder last night with Humphries playing almost the entire game, scoring 12 points and getting 16 rebounds.

Apparently the split between Humphries and AGPR was amicable, but he didn’t waste any time taking up with another New York Based PR firm that has promised to allow him to focus solely on his basketball career.