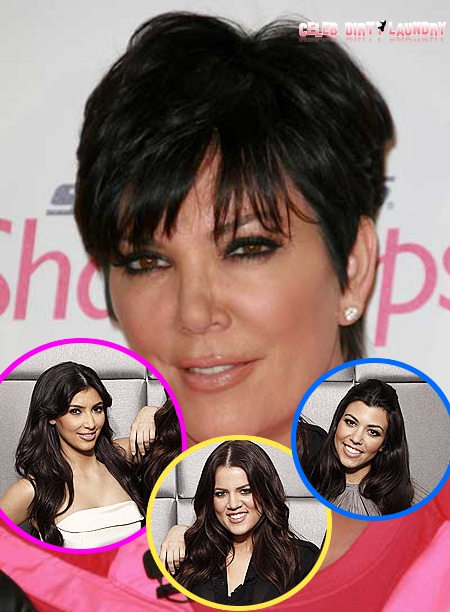 Is Kardashian momager Kris Jenner going to rehab? Well, according to her daughters Khloe Kardashian, Kourtney Kardashian, and Kim Kardashian she definitely should because they’re gravely concerned with their mother’s drinking.

According to Hollywood Life, Kris’ out of control drinking reached an all time high when the family recently vacationed together. Khloe Kardashian said about the whole affair, “My mom is really nuts. I don’t think you’re supposed to operate vehicles or heavy machinery once you’re heavily intoxicated, and this b***h just decides to get on a jet ski with her prized possession on the back, Kim.”

Kris allegedly downed several glasses of wine before jumping on a Jet Ski with Kim, but Kim knew better and bailed on her mother, jumping off the Jet Ski and swimming back to the beach. Later on in the evening, Kris turned into the Momager from hell, became extremely “mean” and badmouthed Kourtney Kardashian’s relationship with Scott Disick. We know the rest of the family won’t stand up for Scott as he is a royal pain in the behind, but this is not how a responsible adult should act.

We all know Kris has had her fair share of heartache and illicit affairs, but this still does not excuse her behaviour. A drunken Kardashian being drunk is like a really bad episode of Jerry Springer and we bet Bruce sat there with his hand over his face, wondering to himself why the hell he married the cray-cray bitch.

We think the Kardashian kids should lock up Kris in rehab and throw away the key, at least until she returns to a sober normalcy and does not endanger the lives of her own children.

What do you think readers? Should the kids lock up their Mama Bear? Should Kris start behaving like a responsible adult?