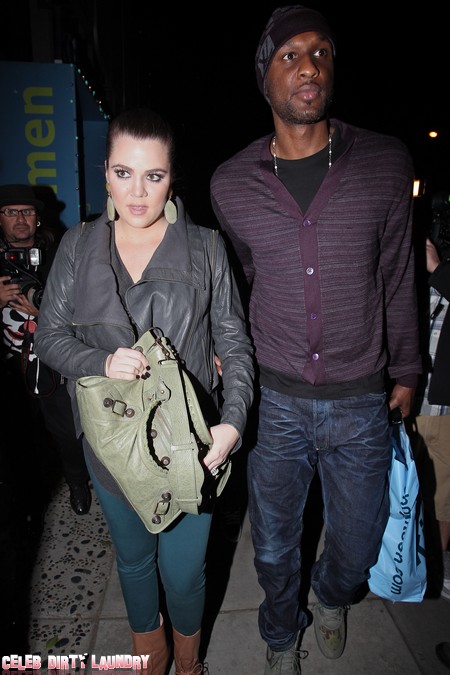 Kris Jenner has ordered daughter Khloe Kardashian to divorce her husband and failing NBA player, Lamar Odom according to a couple of gossip sites.  The story was supposedly that momanager Kris Jenner wanted Khloe and Lamar to divorce to increase ratings of their TV reality show.

Now the truth has come out and Hollywood Life explains that while the couple won’t be getting divorced they are spending too much time together and this is taxing the relationship.

MTO reported:  A close friend revealed: “Kris is constantly telling Khloe that marital conflicts equals ratings! Kris has convinced Khloe that if it weren’t for Lamar, she would not have her own reality show and that if she wants another season she needs to embellish the conflicts in the marriage because that’s what viewers want.”

But the 56 year-old seems unaware of the damage she is actually doing to her daughter’s marriage as her NBA star husband’s career begins to suffer due to his role in the reality TV drama.

”Kris is blind to the fact that Khloe and Lamar’s relationship is suffering because of reality TV,” the source revealed, “Lamar is a pretty laid back person but he has had enough. He feels like a puppet and he has already told Khloe that he is not going to create drama on the show for ratings, in fact, he wants out completely.”

There are problems in the Khloe and Lamar’s relationship but for once, they don’t seem to be caused by momanager Kris!

Hollywood Life exclusively reports:  “One of the main reasons the relationship is having trouble, which in turn is also affecting his game, is they are spending more time with each other,” our source said. “When Lamar was in Los Angeles, she was distracted with her family and Hollywood outings with friends and work. He could devote his time with the Lakers and doing his own thing. But they are now both fish out of water in Dallas and there are less outlets to get away from each other, which is having a strain on their relationship. They have no absence from each other to make the heart grow fonder. When they were in L.A. and did the show, it was a reward because that is when they would see each other — but now its too much.”

Luckily, we hear that there is no split on the horizon.

“A divorce will not happen anytime soon,” our source said. “They just need a break from hanging out all the time.”

What do you think?  Would Khloe divorce Lamar just to make more money by boosting the ratings of her TV show?  That is absurd… it would be like Kim Kardashian marrying and divorcing Kris Humphries for the same reason… HEY WAIT A MINUTE!!