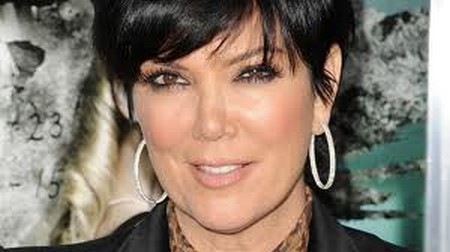 In not so shocking news, at the White House Correspondents’ Dinner, where entertainment are supposed to collide, Kris Jenner was overheard pimping daughter Kim Kardashian as the future mayor of Glendale, California.

“I think somebody in Glendale was talking to her about holding the mayor position. I think Kim is so busy right now, but who knows. Stranger things have happened.  Actually, she would be amazing at holding office, because she’s so smart and she’s got the kind of personality that she can handle something like that, but I think right now, we’ve got our hands full at the moment.” says Jenner, in a recent Hollywood Reporter interview.

As a momager, it’s Jenner’s job to promote all of her kids’ endeavors but this might be more than a bit of a stretch.  As CDL told you recently, this notion of Kim being mayor began with a video clip from her reality show.

Kris Jenner is obviously a smart business woman and knows that if it makes people talk, then promote it even if the idea is crazy.  Wave seen that what started out as a Kim and Ray J sex tape 5 years ago is now a mega-million dollar Kardashian/Jenner enterprise – Kris might be dumb but she is not stupid!

What are your thoughts on Kim Kardashian running for mayor?  Would she seriously consider it or do you think this is just one more way to make people talk?  Tell us in the comments below!