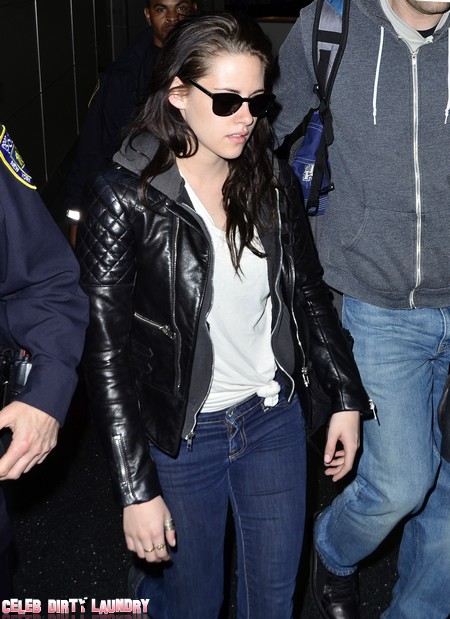 Kristen Stewart had her fair share of time in the spotlight with being part of the hugely successful vampire franchise Twilight – and quickly became a household name portraying the object of Edward Cullen’s affection, Bella Swan.  So how do you think she feels about the hype surrounding the highly anticipated movie, The Hunger Games and what she must know the entire cast is about to go through?

Well for one, Kristen can certainly relate to the stars’ upcoming celebrity status.  So does she have any words of wisdom for Josh Hutcherson, Liam Hemsworth, and Jennifer Lawrence?

The 21-year-old had this to say:   “It gets very crazy, and instantly the question is, ‘Are you going to be able to handle it? Is this something that you want?’ You look at those actors and you can tell why they’re doing what they’re doing, “It’s so obvious that no one signed on to that project to do ‘the next big thing, and I think that’s the coolest way to see something get big.”

She also added that she was pretty excited to see the movie.  And just in case you’re wondering whether those rumors are true about Kristen and Jennifer (who plays the female lead ‘Katniss’ in the film) getting into a big feud – Jennifer told Access Hollywood that they are all false!

“I wrote her an email because there was this huge article about a Twilight and Hunger Games feud, and we’ve never met before and never spoken. There were all these fake quotes from me that were actually hilarious. I just shot her an email, and was like, ‘Hey, can’t wait to see more as this feud unfolds!'”

Kristen, being the cool-cat that she is, wrote back and said, “It’s fine. Welcome to [our] world where everything you say gets turned into [something it’s not].”