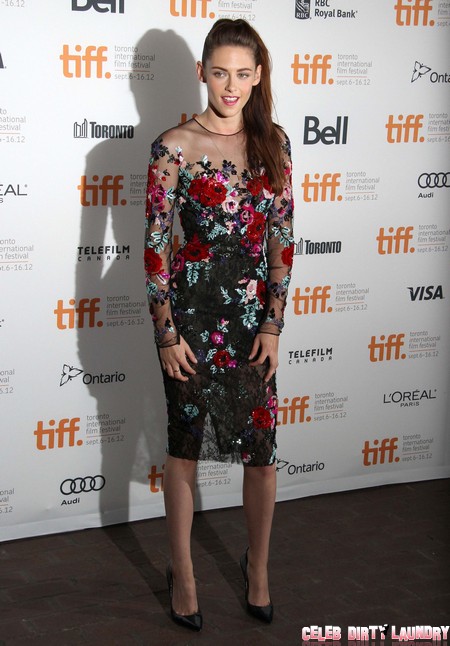 20/20 is the best place to get the nitty-gritty presented in the most respectful way, often with great pictures, interview clips, and dramatic music. That’s why we are so excited that tonight’s episodes, titled “Lovestyles of the Rich and the Famous” and “The Camera Never Lies,” will cover Hollywood romances, divorces, cheating scandals, and the photographic evidence that catches it all!  Of course no scandal compares with Kristen Stewart and Rupert Sanders cheating on Robert Pattinson and Liberty Ross. And just when the trampire was starting to look semi-normal again…

The press release announces: Did the Church of Scientology “audition” actresses as candidates for Tom Cruise to date – and possibly marry? That’s one of the claims in an explosive new Vanity Fair article making headlines around the world. The Church vehemently denies the article’s claims as “hogwash.” Elizabeth Vargas’ report, which includes an interview with the article’s writer, Maureen Orth, airs as part of a special “20/20” on “LoveStyles of the Rich and Famous.” The hour takes viewers inside the volatile world of celebrity marriage and divorce – from Heidi Klum & Seal to Ashton Kutcher & Demi to Kim Kardashian & Kris Humphries — and includes secrets revealed by high powered Hollywood divorce attorneys, celebrity insiders and the stars themselves about what makes a Hollywood marriage work, and why it can get so ugly and so expensive so fast.

From the unlikeliest celebrity hook-ups and the relationships that have endured, to the quick fire “I do’s” that became “I don’t” in a matter of days, the hour is anchored by Elizabeth Vargas with reporting from Vargas and Deborah Roberts. It is one thing to be told your partner is cheating, but how about being hit with photographic evidence of him or her cuddling and kissing with someone else? In the age of the ubiquitous camera and social networking, it’s all too easy for cheaters to get busted. Nick Watt reports.

Woah! It’s like all of our favorite stories rolled into two hours of amazing gossip and hardcore investigation. Will you tune in to watch tonight?