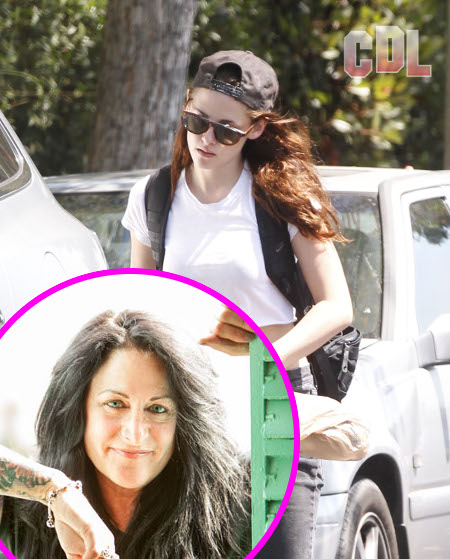 Kristen Stewart, who recently split from longtime boyfriend Robert Pattinson after cheating on him with Rupert Sanders, is now going to have to cope with the impending divorce of her parents. News just broke that Kristen Stewart’s mom, Jules Stewart, has filed for divorce from her estranged husband, John Stewart. I guess it’s quite clear that poor relationship skills run in the family.

Jules Stewart filed for divorce in L.A. on August 17, and John Stewart is citing “irreconcilable differences” as the cause behind the divorce. TMZ exclusively reports, “Jules Stewart filed the divorce petition on August 17 in L.A. County Superior Court. Jules, who married John Stewart 27 years ago, cites irreconcilable differences. Jules filed the divorce docs herself, without using a lawyer. As for the date of separation, Jules says she and her hubby have been estranged since June 15, 2010.”

So it sounds like this divorce has been a long time coming, but it will still, undoubtedly, be hard on Kristen — especially after everything that’s happened to her in the recent months. I mean, honestly, of all times for her to get this news? Poor Kristen. Her life officially sucks.

Both of K-Stew’s parents work in the film industry, so they know what Hollywood life is like. TMZ says that the couple filed for divorce on the ground of irreconcilable differences, but do you think there’s something more to the divorce? Did one of them cheat, just like their cheating daughter did? Does cheatery run in the Stewart genes? Let us know what you think about this, and how you think Kristen will handle it. TMZ reached out to K-Stew for commentary, but as of yet she hasn’t responded. And I’m not betting on the fact she will.