Kristen Wiig Gets An Emotional Send-Off From SNL (Video) 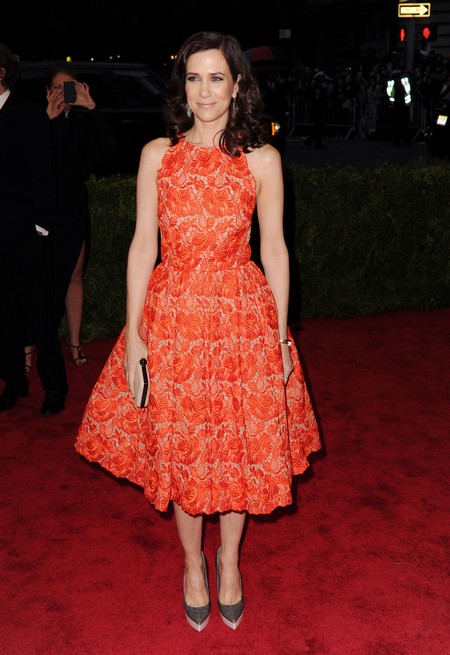 It was a bittersweet show last night for the Saturday Night Live gang; they were eager to perform and have The Rolling Stones’ Mick Jagger in the building, but last night also marked the final appearance of cast member Kristen Wiig.

In the show’s final sketch, Mick (who hosted the evening, along with musical guest stars Arcade Fire) played the principal at a high school graduation and brought up Kristen, wearing her cap and gown, and who was announced as “one particular student who is leaving this summer.”

It was an emotional skit as she danced with Jagger, cast members, and executive producer Lorne Michaels to the tune of the Stones classic “She’s a Rainbow.”  The whole cast followed with singing the song Ruby Tuesday, getting Kristen all teary over the line, “still I’m gonna miss you.”

Teary indeed – if that’s not an emotional send off I don’t know what is!  The show’s network NBC, had made no prior announcement of Kristen’s departure, but judging from her huge success as co-writer and star of last summer’s Bridesmaids, it’s little wonder why the comedian is moving on.

It’s also been reported that Andy Samberg and Jason Sudeikis will also be leaving, but according to Michaels, it won’t be made official until the summer.  If that’s the case, why did Kristen get the only send off?  Surely the boys are entitled to one as well!  I guess we’ll have to wait to find out the boys’ fate, but as for Kristen, she no doubt has many projects in the works and I get a feeling we’ll be seeing her sooner than we think.