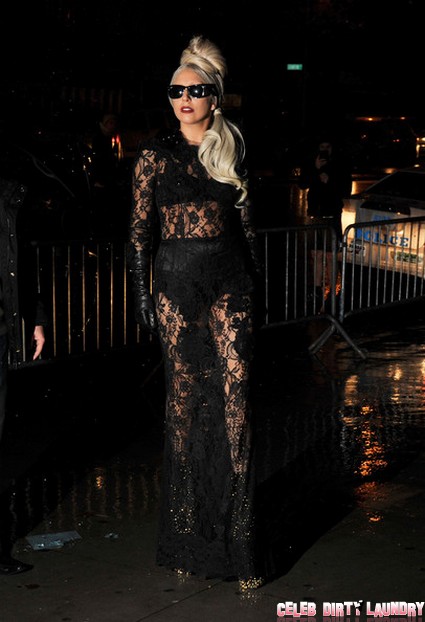 It turns out that Lady Gaga is more than just a little eccentric and allegedly baths in blood. According to staff at London’s Intercontinental Hotel, Gaga left “large amounts of blood” in a hotel bath after bathing in it.

One housekeeper claimed this summer that Gaga was “bathing in blood as part of a Satanic ritual.”  She told website Truthquake: “Lady Gaga left large amounts of blood in the suite during a stay this summer.” After reporting the incident to the concierge, Andrea Miller, she was told to put it out of her mind. Miller confirmed Lady Gaga’s bloody hotel incident to Truthquake by email.

The maid’s name is being withheld by Scotland Yard for her protection.  An insider said: “All of the hotel’s staff are convinced she was bathing in it or, at the very least, using it as part of one of her new costumes or weird stage routines.”

The blood bath is not the only incident in which Gaga has been accused of engaging in supernatural rituals.

The rumor is that Gaga is terrified of evil spirits and reportedly has every hotel and tour venue scanned by a team of paranormal investigators before she will agree to stay there.

Lady Gaga who has said that she believes she is inspired by the spirit of her dead aunt – spent $50,000 on several state-of-the-art Electro Magnetic Field meters to inform her when ghosts are present.

A source said: “She believes in paranormal activity and won’t take any risks when she is on the road. It’s important to her to be safe from spirits.”
I guess Lady Gaga really takes the supernatural world seriously – and in her case fantasies do come to life – after all she is dating a werewolf.