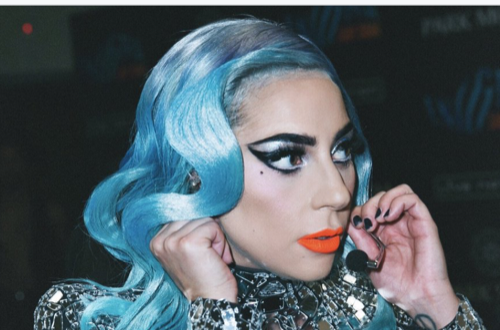 Lady Gaga’s Father Joe Germanotta, aka Joseph Germanotta, knew something before we all did. His daughter is a little strange and yes, she was even a tad different growing up. But if you spoke with her now, all she would say is “baby, I was born this way”.

At any rate, after discovering that his daughter was a bit eccentric, Papa Joe G. gave his talented girl a very appropriate nickname when she was growing up in New York. Gaga herself revealed, “My dad called me Loopy – ’cos I was a little loopy.” You think?

To this day, Joe STILL calls his daughter Loopy. After peeping his Twitter account, he directed a tweet to his daughter saying, “@ladygaga Hey Loop, how’s Hong Kong?”

I think it is adorable that he still calls her that. The funny part of it is, is that it is true. Gaga is loopy.

According to Britain’s The Sun, her friends also had a nickname for her. Their name of choice? “Germ” and no not because she was infested with anything. Her last name was Germanotta so they called her Germ for short. Clever.

As for her nickname now? Her fans refer to her as Mother Monster.