Levi Johnston Names His Unborn Daughter After A Deadly Weapon 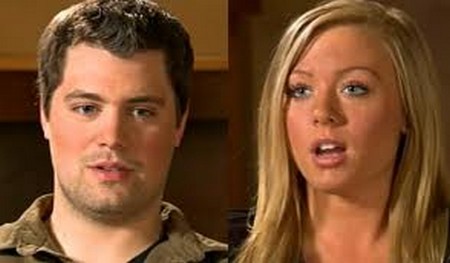 Levi Johnston made news recently when word leaked out that his current girlfriend was expecting his child.  In case you’ve had your head buried in sand, let’s remind you that Johnston shares a son, Tripp, with Bristol Palin, daughter of Sarah Palin.  It seems there is still tension in that relationship and Johnston’s time with his son is limited at best.

Some people just shouldn’t be allowed to name anything, period.  Always one to look for attention, the minute he and new baby mama, Sunny Oglesby, decided on a name they made it public.  Perhaps they thought that with the success that Beyonce and Jay-Z are having marketing The Notorious B.I.C. they should get on board the baby gravy train.  Levi’s very own Blue Ivy Carter gold mine!

Their daughter will be named Breeze Beretta Johnston.  You know, Beretta, like the pistol. You don’t think that Levi is being spiteful and taking a shot at Bristol?  In any case it does go hand in hand with Johnston’s conception story, “There was a time we went to the cabin and forgot the birth control pills and, you know, about a month later we found out we were having a baby.”

Johnston knows how to make them but as of late he sure isn’t doing so well as a provider.  It recently came to light that Johnston hadn’t paid his child support in nearly two years.  Legally, he is required to pay $1,750 a month, so that makes him behind a total of $38,500!

Do you think that Johnston will ever pull himself together and become a responsible dad?  First he’d have to grow a brain… so I guess that isn’t happening. Tell us what you think in the comments below!