Lil’ Wayne: Chris Brown Cried To The Police Like A Little Bitch 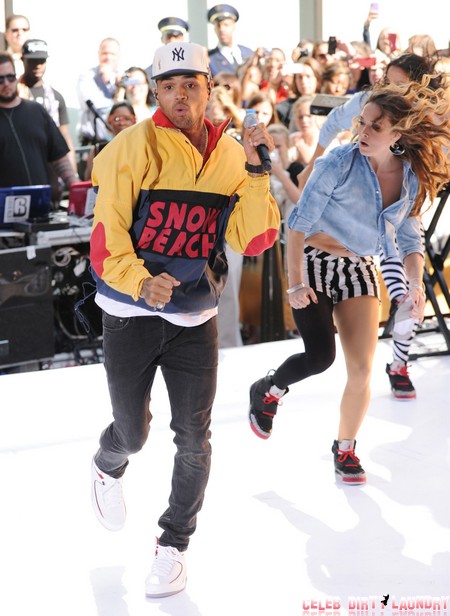 Who would have thought that Lil’ Wayne was a peace maker. Who Knew? Yes chicas he has stepped right in the middle of that hot mess between Drake and Chris Brown on the fight that went on in New York City last week.

And we all know what the undercurrent of this fiasco probably was Rihanna because she dated them both. Yes chicas I guess being in jail, or in college like we like to call it, giggle, has made Lil’ Wayne a mediator.  Drake knows he needs to put this whole situation to bed.

Rappers are coming out of the woodwork to give him advice on the subject of reconciliation – to name a few Wezzy, Birdman and Mack Maine. Wayne and Company are a little bit worried because they are afraid this might affect their money because Chris sings on several records for the Young Money crew which Drake is with.

This whole thing has gotten blown out of portion and I am sure that alcohol played a major influence in the whole darn drama.  Anyway Drake is not prepared to mend fences until he is assured that Chris Brown’s attorneys are called off.

Young Money crew is in Drake’s corner to the end, “ride or die”, but those bobocitos are also worried about their money too. This was a hot mess of a fight but take it like a man – why bobocito did you involve police, lawyers, etc.  Whew!  Totally Unnecessary!  Settle the whole thing like gentlemen there is too much money involved for not only you too but others. But let’s be serious – Chris Brown is to old school rappers as Perrier is to Everclear. Get Real!