Lindsay Lohan and Michael Lohan Involved In ANOTHER Bar Fight 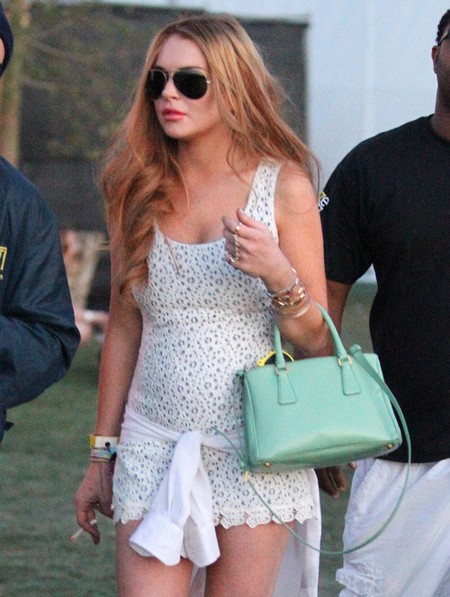 Lindsay Lohan and her father, Michael Lohan got into a bar skirmish last night at the same place as Lindsay allegedly attacked a patron last week.  Yes, Lindsay was heading out to party at Smoke and Mirrors in The Standard Hotel on the Sunset Strip Wednesday night when her car collided with another car in the parking garage.  Lindsay’s pal was driving her car at the time and Lindsay panicked and called her dad for help.

Michael showed up like the supportive dad that he is and that was when the real trouble erupted!  Michael took Lindsay into the bar and they spent some quality time together…  But just when things were looking cool, another patron, a woman in the neighboring booth, made a nasty remark about Lindsay out partying with her dad.

Lindsay lost it and got up and screamed at the woman, ‘Shut the f**k up.’   That is when the woman threw her full drink on Lindsay!

TMZ has exclusive details:  Around closing time, a woman in the booth next to theirs made a snide comment about Lindsay showing up with her dad.  Lindsay then got up and screamed at the woman, “Shut the f**k up.”  We’re told that’s when the drink drenched the actress.

We’re told Michael then grabbed his daughter and made a beeline for the door.  There is no word yet on any police involvement in this particular squabble.