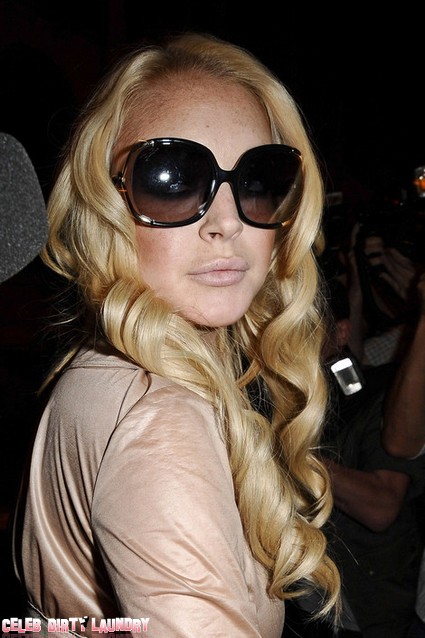 Lindsay Lohan is bodyguard shopping after that close encounter with a stalker on New Year’s Day. The incident has been a huge wake up call for the actress. TMZ is reporting she doesn’t want to go through that kind of drama again so all her personal security is being upgraded starting with 24 hour personal protection.

An older man – who’s now been identified as Lonnie Short – knocked on her Venice Beach front door early evening out of the blue. He made quite a noise and when LiLo refused to open the door and have a chat he was not happy. The Cops were called and the intruder was arrested for trespassing. He was booked by the LAPD and remains in custody on $1000 bail.

The whole incident has shaken the Mean Girls star. She’s now talking about hiring a full time bodyguard. Just to make sure and for peace of mind. Lindsay knows the only way to feel safe is to have protection around the clock. There’ll also be more cameras installed on her property – both inside and out – and a review of all surveillance procedures. It’s going to cost a bit but you can’t put a price on personal safety.

The actress loves living in Venice Beach but it’s not the safest of areas. It attracts a lot of drifters and drop outs. Now that she’s experienced that first hand she knows changes need to be made – and pretty quickly. This time ended without incident but she doesn’t want to take a chance with a next time. There’ll be NO more knocking on her door!