Lindsay Lohan Being Blackmailed Over Hit And Run 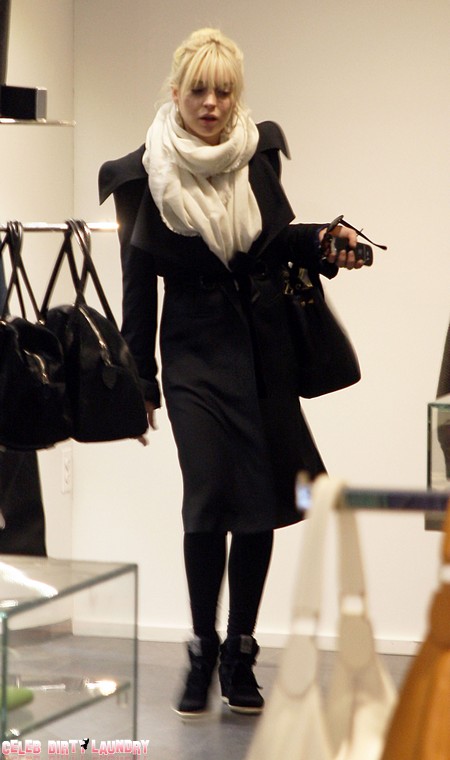 Lindsay Lohan is being blackmailed to pay the alleged victim of her hit and run attack, Thaer Kamal, or face some serious consequences.  Kamal’s lawyer, Mark Geragos has contacted Lindsay’s lawn, Shawn Holley, and demanded that Lindsay pay his client over 6 figures.

Geragos claims to have a surveillance video showing Lindsay driving her Porsche and striking Kamal – then wobbling out of the car and into the passenger seat as her passenger takes over the wheel and drives away.

Geragos gave Holley a deadline of today to pay. That’s significant because Lindsay is due in court next Thursday for her final probation progress hearing. If Kamal goes to the cops and presents evidence of hit-and-run, Judge Stephanie Sautner will almost certainly violate Lindsay’s probation and send her directly to jail.

If Lindsay pays then Kamal would not go to the cops…  This is bullshit and blackmail.  Kamal and Geragos both deserve a really bad future – let’s hope karma is doing her job!  So far Lindsay has refused to pay – good for her!  Kamal is now trying to sell the video – what a scumbag!

TMZ has exclusive details:  The man who claims Lindsay Lohan struck him while she was driving her Porsche last week is demanding “six figures” from her…. and she must pay before her big probation progress hearing.

Sources connected with alleged victim Thaer Kamal tell TMZ … Mark Geragos — Kamal’s lawyer — has contacted Lindsay’s lawyer, Shawn Holley, and made the demand … and Geragos made it clear that his client has not yet cooperated with cops by sitting down for an interview.

We’re told Geragos gave Holley a deadline of today. That’s significant because Lindsay is due in court on Thursday for her final probation progress hearing. If Kamal goes to cops and presents evidence of hit-and-run, Judge Stephanie Sautner could violate Lindsay’s probation and she could go directly to jail.

On the other hand, if Lindsay pays the money … Kamal could decide not to press charges and the case would be dropped.  By the way, we’re told Kamal told people at the scene he was not injured but had a change of heart after learning the driver was Lindsay.

Do you think Lindsay committed a crime that fateful ‘hit and run’ night.  Let us know in the comments below.