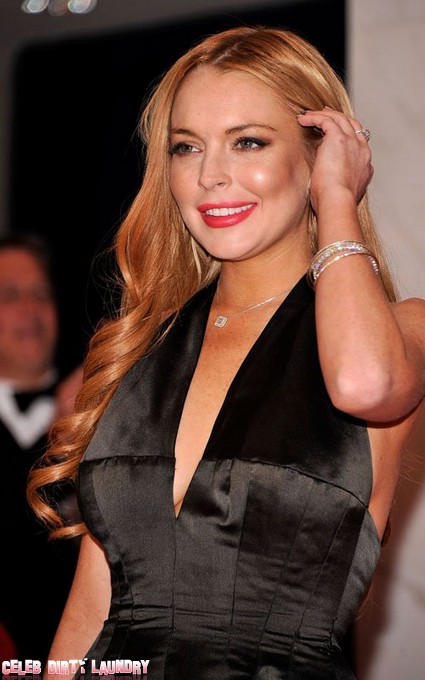 Lindsay Lohan wasn’t bar hopping in Hollywood and getting into trouble last night. She was actually having dinner with the President of the Unites States of America! And she looked a million dollars (and a little extra pouty if you know what I mean). It wasn’t a one on one with Barack Obama – Linds was attending a black tie event in Washington DC.

LiLo was chaneling some golden age of Hollywood glamor. Maybe playing Elizabeth Taylor in a new movie is rubbing off on the troubled actress. She was all glammed up for the 98th Annual White House Correspondents’ Association Dinner. And her transformation turned plenty of heads.

It was a who’s who – fellow famewhore Kim Kardashian was there with her Mom Kris Jenner. Kate Hudson was rocking her post baby body in shimmering purple. TV star Sofia Vergara wowed in black. Charlize Theron left her newly adopted baby boy at home and was rather daring in a lacy full length gown. And there was no denying Reese Witherspoon is expecting child number three. Her baby bump was on display for all to see. Check out our gallery of the best dressed at the event.