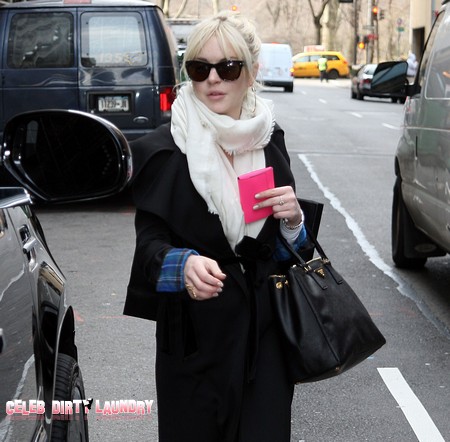 Lindsay Lohan is taking no chances after last week’s alleged hit and run and has reportedly put herself under house arrest. Lindsay is only two weeks from completing her probation which is connected to her 2007 arrest for driving under the influence (DUI).  She has made the decision to stay at home for the next two weeks avoiding any chance to get into any trouble.

TMZ has the exclusive: Lindsay Lohan is done gambling with her freedom — after another bout with trouble just this week, she is following the advice of her closest friends and putting herself on lockdown until her probation is up in two weeks … TMZ has learned.

Although she claims she did nothing wrong, Lindsay once again found herself in the news this week for all the wrong reasons … when a clubgoer claimed LiLo hit him with her car in Hollywood early Thursday morning.

According to our sources, the latest incident prompted people close to Lindsay to beg her to stop going out at night until her probation is over. We’re told Lindsay agreed and will now only leave her house when she really has to … like for her court ordered community service at the morgue.

Lindsay has been in jail and rehab on several occasions since the start of her legal troubles five years ago and wants to be done with all the hassle.  Can you blame the girl? Trouble follows her like a bad smell.