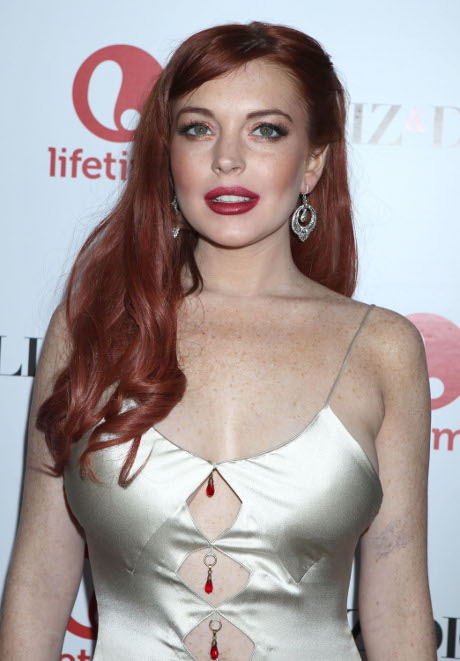 Will my fave celebrity mess ever get her stuff together? It’s not looking good, folks. Lindsay Lohan, in a night that ended disastrously, attended a Justin Bieber concert. Not to see the main act, but to get a taste of the opening act: The Wanted. Allegedly, Lindsay Lohan has been head over heels for The Wanted’s Max George, and she thought she might be able to sneak her way back stage to get a bit closer. Turns out even a girl with a powerful monicker such as LiLo can’t get past all security guards. She proved unsuccessful.

After the show, late last night, Lindsay Lohan managed to meet up with Max and his bandmates at a hotel bar. That little party quickly fizzled out, upon which LiLo, Max, and a few friends decided to take the party to Avenue, a posh club.

According to TMZ, The night dragged on and on, and more and more drinks were consumed. Everyone was drunk, including Max George, but apparently he wasn’t interested in a sloppy Lindsay. So he took his conversation elsewhere and started chatting it up with the woman LiLo supposedly got scrappy with. The two proceeded to duke it out for Max’s love, but before they even had a chance to finish, he was off searching for another girl’s heart. Max was not impressed with either Lindsay or Tiffany (28).

The woman has been identified as Tiffany Eve Mitchell, and both girls were taken to jail soon after the situation broke out. LiLo was seen leaving the precinct earlier this morning. What do you think of this situation? Did you think Lindsay had turned over a new leaf, or have you become desensitized to Lindsay’s antics? So much for her alleged ride on the sober train; apparently she’s fallen off that wagon again and is headed back to her old ways. Let’s just hope she stays safe and doesn’t do anything too crazy!

Lindsay will likely face assault charges, while Tiffany got off the hook, and supposedly left the precinct without any charges looming over her post-brawl, hung-over body.