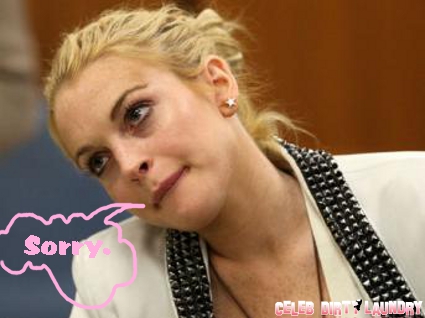 Lindsay Lohan hasn’t had the best of careers, to say the least. She has had more legal troubles than Casey Anthony and O.J. Simpson combined, and she has been labeled as a “high risk” actress, making film studios weary of casting her. This bad girl from the film business has been the butt of bad bar jokes for the past five years and it seems that there’s no cessation to Lindsay’s polarity.

A recent TMZ article revealed that Lindsay Lohan owes $40,000 to a tanning salon called Tanning Vegas in Nevada and they’re hunting her down to pay the bill. This is not the first time Lindsay owed money to someone. In a recent January article in The Huffington Post, it was revealed that Lindsay owes $93,000 to the IRS in unpaid taxes, stating Lindsay “THOUGHT she had accountants taking care of that.”

This might have been a Freaky Friday for Lindsay, but she has had 9 months worth of Freaky Fridays to pay the tanning bill. A judge ordered Lindsay to pay, but Lindsay is a stubborn one and has not paid one single cent to the business. She allegedly racked up the bill between 2007 and 2009. No wonder Lindsay’s always slightly more orange than her counterparts — no person can tan that much in a three year period!

Lorit Simon, the owner of the tanning salon, sued Lindsay for the $40,000 amount, including lawyers’ fees and interest. Simon has sued Lindsay before, accusing her of stealing her secret formula and releasing it under Lindsay’s Sevin Nyne label.

Is Lindsay Lohan being milked again? Or is Lorit Simon really, truly fed-up with Lohan’s antics? It will be interesting to see who acts as the victim in this case, as there’s nothing more embarrassing for a Hollywood celeb to be called out on their refusal to pay a tanning salon.

Orange is so last season.