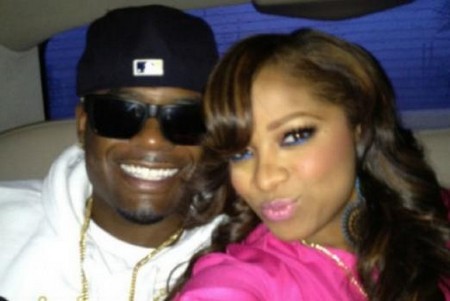 Love and Hip Hop’s K. Michelle is doing the unthinkable. She has gone nude for King magazine and the naked photos may or may not shock you as a viewer but I’ll tell you one thing, often times when one’s career starts to go down the toilet, what do celebrities resort to? Hey, I’m just saying.

Seriously. We all know how strong of a personality K. is. Did you all not hear the song “Shut Up” she sings dissing Joseline Hernandez and Karlie Redd? Ok that is just one example of Michelle’s no-nonsense attitude. Girl no doubt has an attitude that just won’t quit and apparently she’s got a hot body to go along with her sassy pants she pulls up on the daily.

According to MediaTakeOut, Michelle recently posted a sneak peek of her King magazine photo shoot via her Twitter account and it is obvious she is not afraid to peel it all off. In the photo, Michelle is shown bathing in bubbles (yes, in the buff) posing in various, seductive positions.

Somehow this doesn’t surprise me considering K. did mention her “hot pocket” on the show a time or two. Sure being sexually involved with producer Memphitz may have hurt her career, but apparently going sassy showing off the “hot pocket” route was something she has resorted to.

According to producers she may be “crazy” but she has a bangin’ bod! You can check out a preview of the photo shoot (ok, just check her out in the tub) here.