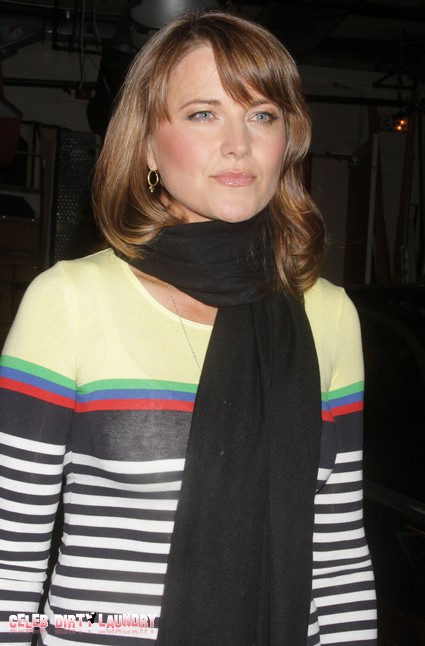 No, the former warrior princess Lucy Lawless wasn’t caught kickin’ butt in her native country New Zealand.  She was arrested early Monday for a good cause; hunkering down for four days aboard a docked oil-drilling ship.

Lucy Lawless the 43-year-old actress and activist, protested with 6 other Greenpeace activists who were all charged with burglary.  They have all since been bailed, and will await the consequences of burglary charges on Thursday.

“When we started this seven of us went up the rig but 133,000 came down with us in solidarity. They’re writing letters and we know that new heroes are going to spring up in our fervent mission to make sure the oil industry becomes an energy industry is one that is renewable and clean.”

The ship was scheduled to leave port yesterday to drill three oil wells in the Chukchi Sea of the coast of Alaska, but thankfully the journey was delayed due to the protesting.  The oil company Shell, who has since released a statement, is saying they hope to leave port within the next few days.

You can catch Lucy (when she’s not in jail fighting for good causes) starring in the cable series show Spartacus: Vengeance on the network Starz.