Madonna Has A Crush On Kate Middleton 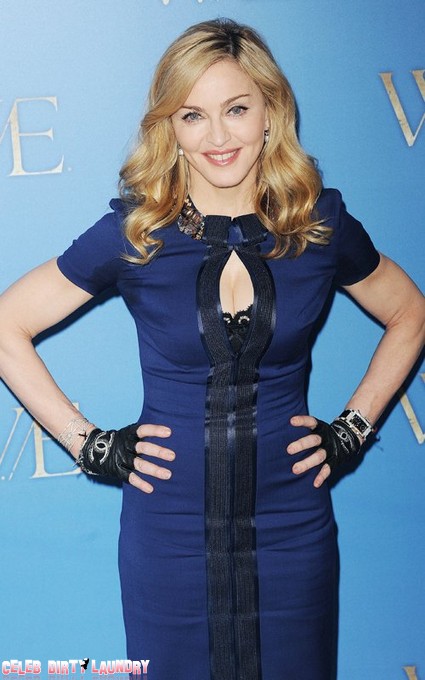 Madonna has a new muse. The Material Girl is just a little bit obsessed with Kate Middleton. She’s been gushing about the Duchess of Cambridge to anyone who’ll listen while promoting her new film in the UK.

The superstar admitting her girl crush on the popular royal to the Mirror Newspaper ‘I like Kate Middleton and think she’s quite chic and intelligent. I hope she’s a fan of mine, too’. So how much of a fan is she? Well, she’d like to document Kate and the heir to the throne’s love affair on the big screen someday ‘I think maybe it is too soon to make a film about William and Kate but I definitely would if I could wait a decade first’.

Royalty appears to be the 53 year old’s new passion. She’s been immersed in all things royal for three years. That’s how long it’s taken the mum of four to get her new film W.E about the relationship between Wallis Simpson and Edward VIII to the silver screen. ‘Wallis and Edward’s world was so diverse and ­complex and it was a privilege and ­honour to be ­surrounded by a wealth of ­history. They were such interesting characters and were ­surrounded by so many ­interesting people. I never got bored of their story. I can’t imagine being loved by someone so much that they would give up being the King of England for me. I’ve never experienced something as big as that. Am I a romantic? ­Absolutely, ­completely.’ Her latest toyboy will be glad to hear that!

Now Madge just has her fingers crossed people want to see the movie. She’s had a rocky relationship with Hollywood. I reckon she should rush that Wills and Kate picture into production – we’d definitely like to see that!