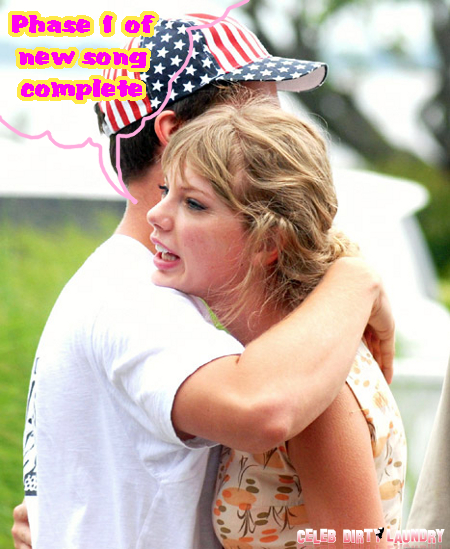 Now that Maria Shriver is separated from Arnold Schwarzenegger she has become The Terminator. Maria has terminated her son Patrick Schwarzenegger’s budding relationship with Grammy Award winning country singing sensation Taylor Swift. Sources claim the Maria is too much woman for her baby boy and prefers that he focus on his upcoming studies at the University of Southern California.

You and I might think of Taylor Swift as having a good-girl reputation and being exactly the type of woman Maria would choose for Patrick.  But as we know, Maria has bitter experience with ‘stars’ – as she was betrayed and humiliated by Arnold’s affair and love child with the maid, Mildred Baena.

The National Enquirer reports: The estranged wife of Arnold Schwarzenegger has ordered the 22-year-old country cutie to steer clear of her 18-year-old son. Maria fears Taylor will chew him up, spit him out and then write a song about him as she’s done with previous famous boyfriends.

“Maria got word to Taylor and warned her not to get any ideas about dating Patrick,” revealed an insider. “She basically told Taylor to ‘back off.’”

The “You Belong with Me” singer was photographed cozying up to recent high school grad Patrick at an Independence Day gathering at the Kennedys’ Hyannis Port, Mass., compound.

Taylor is a longtime Kennedy family friend and an excited Patrick tweeted that the festivities were “the best 4th of July I could ask for.”

Said the insider:“Maria is worried that Taylor will lead Patrick on and then leave his heart shattered in a million pieces, like she’s done with other guys.”

The country star has dated the likes of Joe Jonas, Jake Gyllenhaal, John Mayer and Taylor Lautner, and she regularly writes candid songs about her failed love affairs.

We suggest the Maria shut up and count her blessings.  Taylor Swift might not be exactly whom Maria had in mind for Patrick – perhaps she does write songs about her ex-lovers – but at least she isn’t Rihanna.