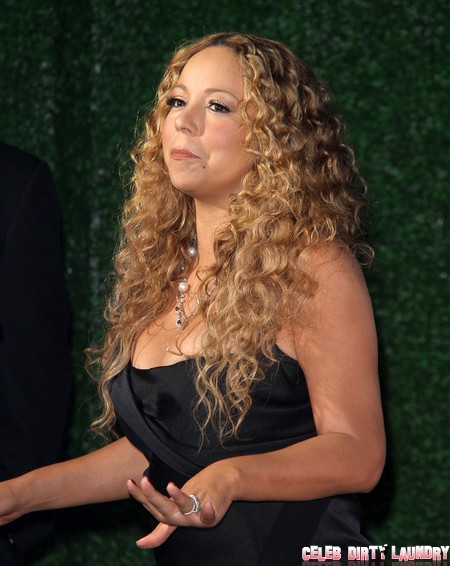 It’s simple – one does not piss off The Mariah Carey. (We use “The” for emphasis) If you dare to piss off Mariah Carey, ensure that your head is covered with a steel-enforced helmet, your body is protected with two Kevlar vests, and that your groin isn’t ripped apart by the emasculating hands of the Carey. Unfortunately, Carey’s husband, Nick Cannon, had to endure this infamous bitch-blow up after he appeared on Anderson Cooper’s short-lived talk show and blurted out, “The kids [Monroe and Moroccan] run the house. My wife is being the diva that she is. I’m trying to keep up with them.” Ouch. He also claimed that he was the main-diaper changer in the house, not Carey. “I get that duty a little bit more,” the comedian explained.

According to a National Enquirer report, Carey was livid that her man-candy could so effortlessly discuss their parenting methods and her touchy diva personality on live television. A source revealed, “Nick has made diva jokes before, but never relating to Mariah being a parent. She’s trying so hard to do well on ‘American Idol’ and thinks this will make her look bad.”

However, a friend of Cannon came to the rescue and revealed to Enquirer, “Sometimes Nick lets his mouth run faster than his brain. But he should have known he was going to tick off Mariah with his parenting potshots. What Nick said made her feel small, and he’s had hell to pay at home. Mariah considers parenting a 50/50 proposition and feels that she changes just as many diapers as Nick. She assured me Nick won’t be giving any more interviews like that, and she’ll even shut down his Twitter account before he makes a fool of her again. Nick knows that – and it’s put the fear of God into him!”

Carey only signed the $18 million deal with American Idol producers in order for her to spend more time with her twins, and Cannon’s recent remarks made it sound like Carey was a spoilt bitch who didn’t care about her household, when, in fact, the opposite is true. “[N]ow that she’s a mom, she wants to be seen first and foremost as just that,” the source revealed.

Perhaps Carey and Cannon should take a trip to Russia when the latest season of Idol is done and dusted? If Cannon disappears, Carey could always blame it on the Russian mafia – she is, after all, THE Mariah Carey.