Mariah Carey Has Sex While Listening To Her Music – Hilarious Or Egotistic? 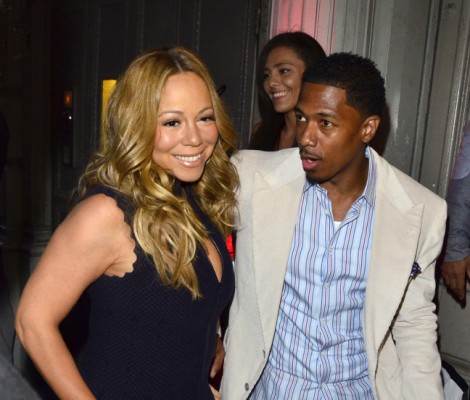 You have to know when your husband goes on Howard Stern you and your sex life are going to come up. It’s a given. Some dudes can laugh it off and deflect the questions but most times the men are game to play into Howard’s warped sense of public interest. Nick Cannon is one of those guys. On a recent taping for Howard Stern’s radio show, Nick let loose about his sex life with wife Mariah Carey and didn’t hold back on some of the kinkier bedroom antics.

Apparently Mariah likes to get down to her music. Nick told Howard that when the mood strikes them just right they have their lovin’ with a side of Mariah’s music blaring in the background. Only Mariah, right? Who the hell else loves themselves that much? At this point you have to ask yourself if Mariah is even thinking about Nick when the lights go down.

But Nick isn’t just gabbing about Mariah’s insane and delightful appreciation for herself. He likes to put in an oldie but a goodie when his wifey is out of town so he can rub one out. His song of choice? “Hero.” At least he has good taste. You know, I’ve never really understood that expression but no I am not shitting you (what movie?).

So I’m not even going to bother asking if there is too much information in the Nick Cannon/Howard Stern interview. I hope it’s obvious to all that it is and that Howard Stern continues to be a genius by getting this out of people. Do you think the fact that Mariah Carey has sex to her own music or that Nick Cannon masturbates to it is gross or funny? I kinda think it’s hilarious because I keep picturing Mariah with her self-satisfied grin on her face and I get the giggles. And really, this is a lesson for all in self-confidence. I ran for class president in fourth grade and had a hard time with the idea of voting for myself. I thought it was a bit egotistical but my lovely teacher took me aside and said, “If you don’t think you’re the best then who will?” I won by the way. So thank you Mariah Carey. Thank you for yet again teaching us that overwhelming and sickening self-confidence should always be considered a virtue.