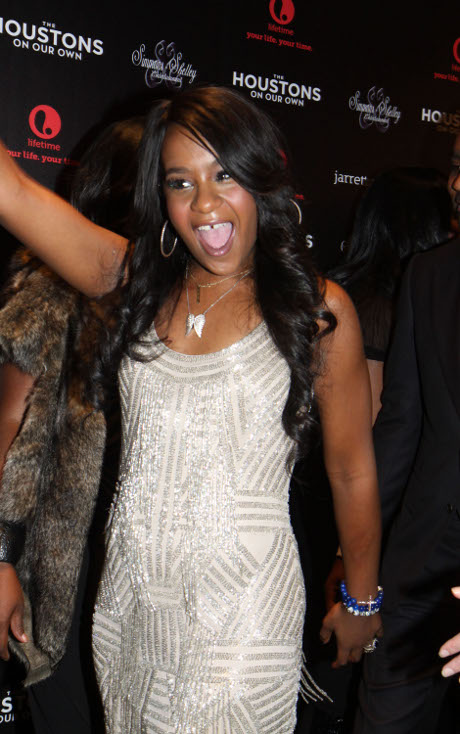 Bobbi Kristina Brown seems to be headed down a self-destructive path, one colored with the bad things that eerily resemble the struggles Whitney Houston encountered during her fame-filled life. So who out there is trying to help get Bobbi back on the track of good, trying to help her reclaim a healthy life? Well, according to one source, that person is Mariah Carey, who allegedly had a fierce conversation with the young starlet, which led to many many tears on both sides.

According to Star Magazine, as reported by Gossip Cop, “Mariah decided it was time for some tough love” and after the “pretty harsh conversation, they both ended up in tears.”

What did the conversation entail, you ask? According to the source, Bobbi and Mariah chatted about the way to live properly — and, basically, that she isn’t doing things right way and, if she doesn’t end her ways soon, she’ll end up just like Whitney.

“[Carey] told Krissy straight up that she knows she’s not living right,” continues the source, who doesn’t offer us any further details on the specifics of the conversation. “Hopefully it had some sort of impact, because Krissy needs to make some serious changes.” Hmmm . . . do you smell something fishy about this source? I do. And so does Gossip Cop, who claims that, after chatting with a rep for Mariah, this story is false and not true whatsoever.

Which source do you believe? For some reason I don’t think Mariah Carey is the type of person to just step into someone’s life like this, especially after having no other previous encounters. However, just because I think this didn’t happen doesn’t mean that I think it shouldn’t happen.

Bobbi Kristina, who’s currently featured on the controversial new docuseries The Houstons: On Our Own, clearly needs help and assistance in reclaiming her life. Hollywood has seen too many young actors and actresses journey down this path of darkness before — and they all begin the same way. The signs are clear. Dr. Drew, this is your cue!