Mario Bonds: ‘Glee Project Did Not Represent My Real Talent’ 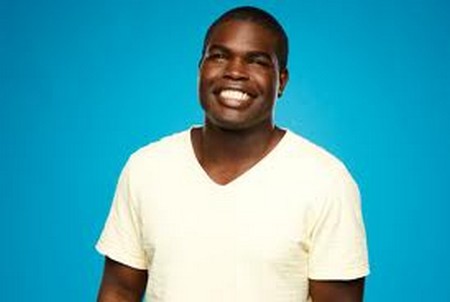 The Glee Project is to reality television what American Idol rejects are to the music industry. The reality show is a spin-off from the super successful Ryan Murphy series Glee. The Glee Project isn’t completely in your face reality television as what we’re used to, but falls more in the category of telling human stories and using tongue in cheek humor such as what we’re used to in Glee. The reality show is a campy spin-off which makes for pleasurable television, you know, the sipping on Coke and munching a bag of fresh Lay’s kind.

Mario Bonds was the first blind contestant in the series and was throughout his stint on the show very confident of his abilities. He has not allowed his elimination from the competition to hinder his future as a performer and recently said in an interview when he was asked whether he feels ready for Glee, “That’s a tough question, because I don’t really feel like The Glee Project represented my real talent and I only feel that the audience was able to see a fraction of my personality and that was of course only during times where I had been filming for 17 hour days and I didn’t have the normal social filter I would usually have. So it’s hard to say, so that’s why I’m like doing this like YouTube campaign to hopefully allow the audience to see things that they weren’t able to see through The Glee Project so then they can properly judge because right now they’re just judging on an edited character.”

Mario’s inspirational story began when he was nine years old and went blind from a birth defect. Mario is part of a triplet and when he was an infant, his mother passed away. Mario and his siblings were raised by his grandmother. Mario can play the piano, dance, sing and act. His audition for The Glee Project took place in New York City at an open casting call.

We agree with Mario on him saying, “Naya Rivera is so sexy that I can see it.”

What does the future hold for this inspirational (and funny) ex-Glee Project contestant?

Mario has two YouTube channels and will be trying to showcase his music and personality on these internet videos. He says, “One is YouTube.com/planetarnauz. My stage name is Arnauz. I’ve started to put some acting videos up there so that people could see that I do have acting ability past, you know, lip singing on a video or past what they saw this week, where you could tell that I had checked out of the competition and that I was completely – I was nonplussed. And it’s totally my fault for not being in the proper mental space for asking Erik for clarification and all of that kind of stuff. The Glee Project tests your acting ability, but more importantly it tests your improvisational creativity. And when they handed me an iPod and glass of water, I didn’t make appropriate improvisational creative ideas enough.”

Seeing that Mario lost out on a story arc on Glee, he is now putting his sole focus on getting signed saying, “I’m hoping the music channel does well because I’m actively seeking the attention of Interscope Records, that’s my focus.”

The Glee Project airs on Oxygen, so make sure to check your local listings for air dates.

You can’t miss it.